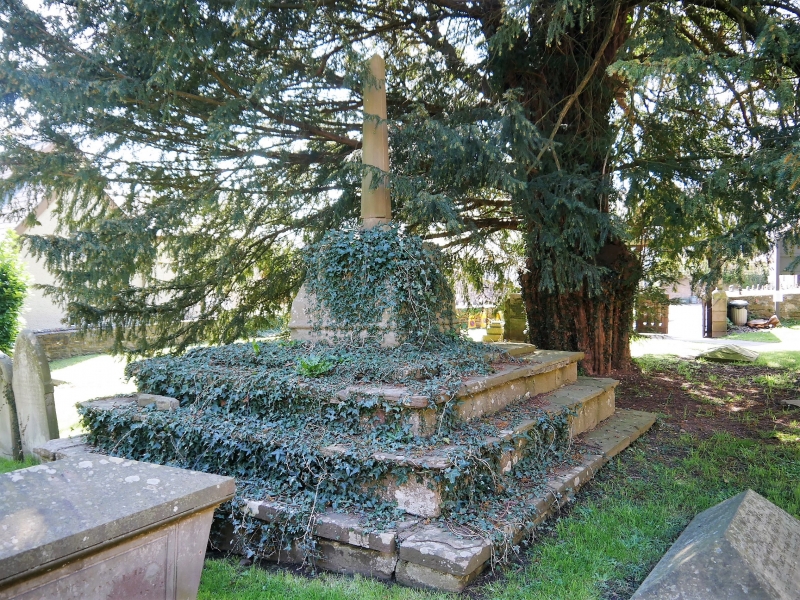 Location: Located in the churchyard of St Cadoc's Church, Raglan, beneath a large yew tree SE of the porch.

Listed as an 16th century churchyard cross in its original setting, and for group value with the church of St. Cadoc's. Scheduled Ancient Monument MM100.