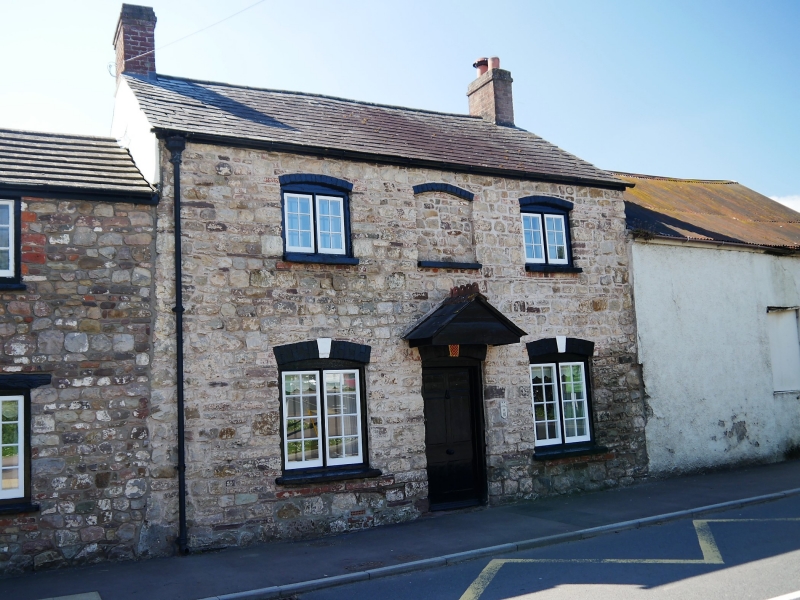 Location: Situated on W side of road, opposite primary school.