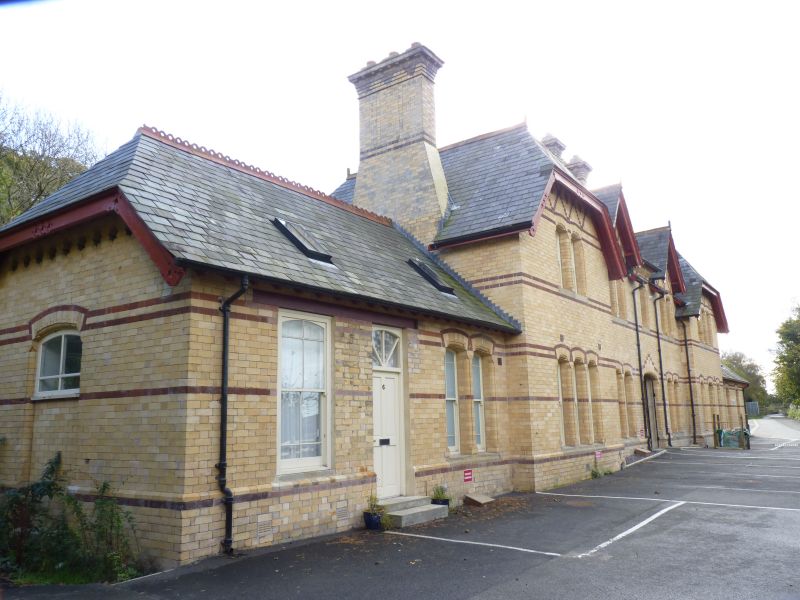 Location: At the end of a short road running SE off Stryd Bangor from the War Memorial.

Built 1874 as Port Dinorwic Station, S of the original which was near Halfway House Inn. The new station was larger and accommodated the stationmaster in a flat above the station building, the first to use it being Isaac Jones. The station had a General Waiting Room, Ladies' Waiting Room, Stationmaster's Office, Booking Office, Toilets and Oil-lamp Room. The Bangor to Caernarvon railway line opened to traffic on 10 March 1852 and the station closed in 1969 when the line was closed to passenger trains. The line closed finally in 1972.

A railway-station of unusual scale and decorative detail, the decoration integral to the well-controlled composition.