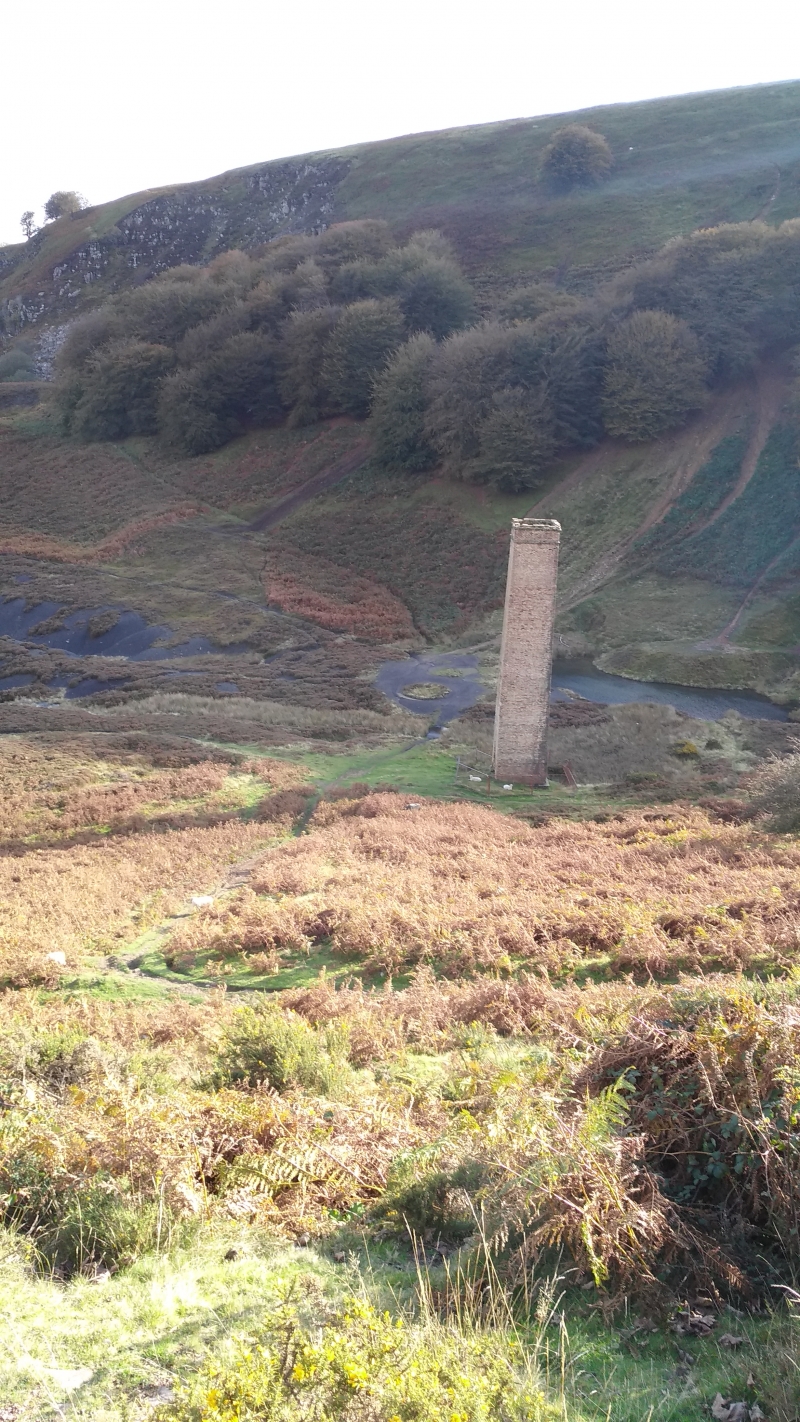 Location: About 500m to the west of The British on the south side of the mountain road to Abertillery.

Probably dating from 1870-1879 and built as a ventilation shaft for the adjacent Cwm-Byrgwm colliery. The Ordnance Survey map of 1879 shows it in position. Mining began here before 1820.

Tall square section chimney over a ventilation shaft. It is built of yellow, possibly Ebbw Vale or Blaendare bricks. Plain tapering shaft except for slightly larger section cap and coping.

Included as a rare surviving colliery ventilation shaft in an area of deep mining, relics of which have now almost disappeared.