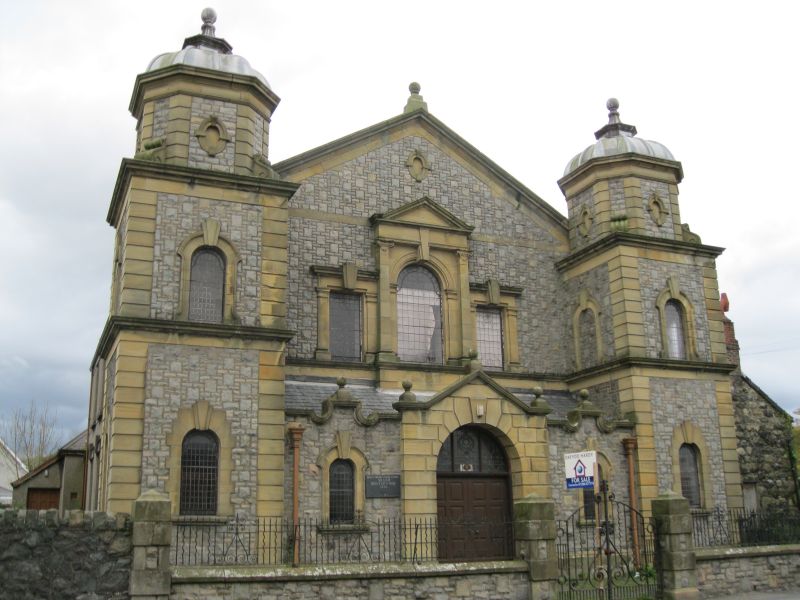 Location: Situated on the E side of the A487 in Bontnewydd, some 70m N of the bridge over the Afon Gwyrfai.

Lobby to rear has double half-glazed doors each side and centre window all with patterned and coloured leaded lights. Gallery has steeply raked pews, curving to match gallery angles. Vestry has boarded 3-sided hipped roof and balustraded enclosure with benches and lectern at one end.