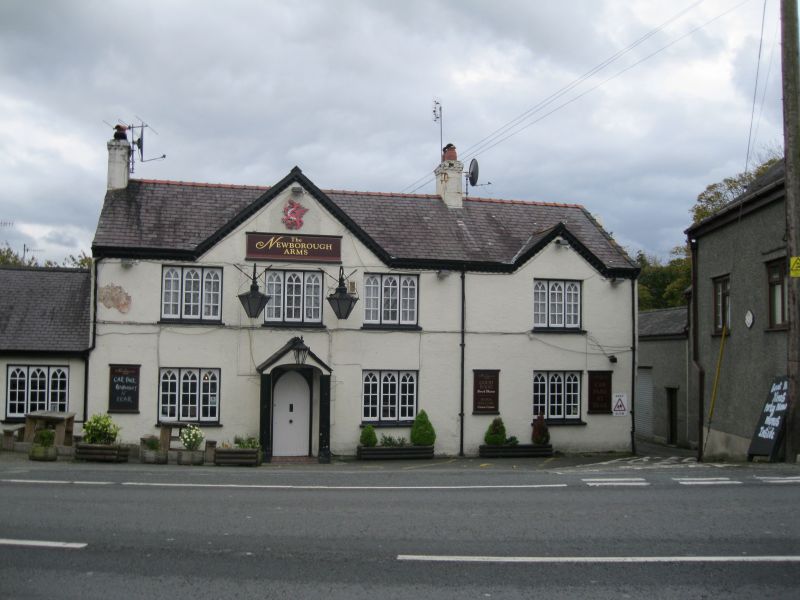 Location: Situated on the E side of the A487 in Bontnewydd, just N of the bridge over the Afon Gwyrfai.

Early C19 coaching inn on main Caernarfon road, extended to right in C20. Marked as Newborough Arms on 1842 Llanbeblig Tithe Map of 1842 when it was a holding of some 11 acres (4.5ha), occupied by John Roberts and owned by Lord Newborough. Lord Newborough owned 284 (115ha) acres in the parish at this time.