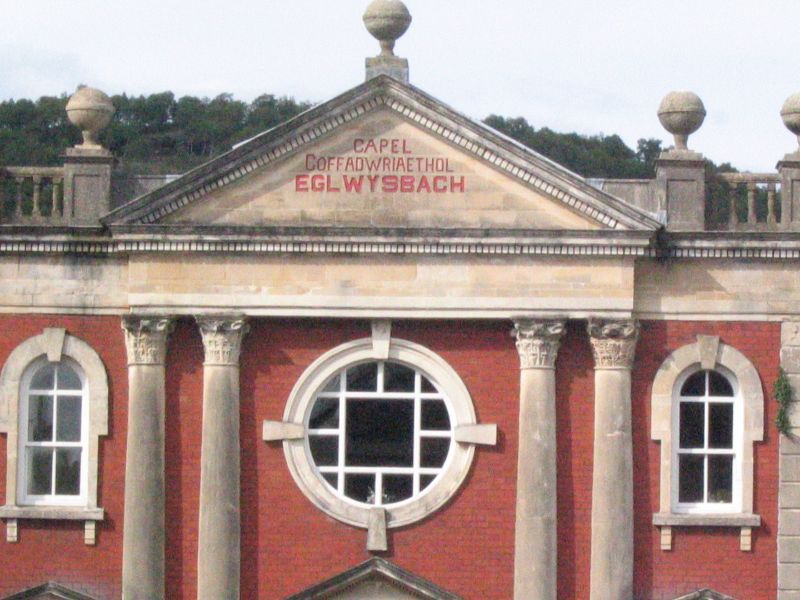 Location: On the W bank of the River Taff, approximately 200m N of Pontypridd Bridge.

Built in 1899 as Wesleyan Chapel. Its conversion to a doctors' surgery in the early 1990s won a Prince of Wales Trust Award in 1992.

Former chapel in an ambitious classical style. Of red brick with Bathstone dressings and mainly sash windows, slate roof. The 3-bay front has a central bay articulated by paired half-round Corinthian pilasters on plinths supporting a plain entablature and a pediment with inscription and a large ball finial to the apex. The doorway is within an architrave with pediment, and has double panel doors, above which is a keyed oculus.

The interior has been sympathetically converted to a surgery with consulting rooms inserted beneath the gallery (the columns have been retained but the frontal removed), and offices above. A coffered ceiling has 2 ornate ceiling roses, wall pilasters have Corinthian capitals. Behind the former pulpit, where the reception are is now located, is a classical pedimented reredos.

Listed for architectural interest as an ambitious and well-restored classical chapel in a prominent location near Pontypridd Bridge.