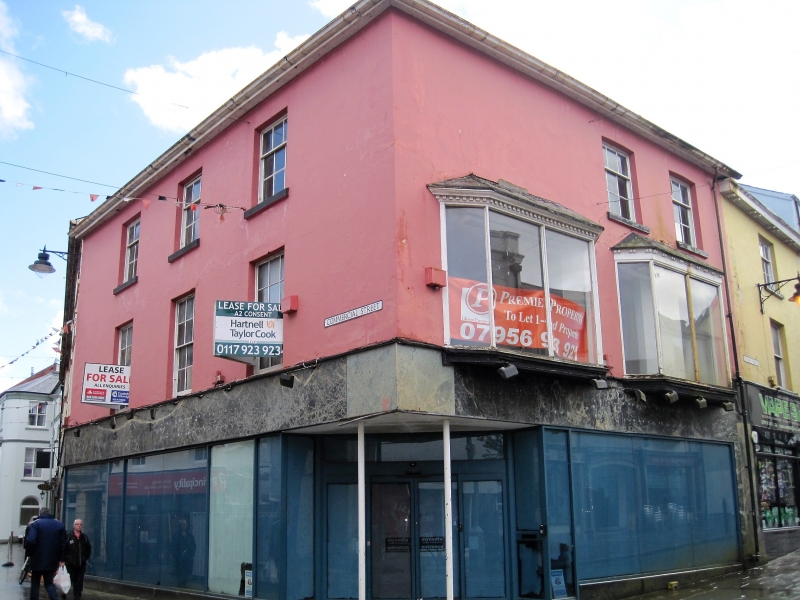 Location: In Pontypool town centre at the junction of Commercial Street and Crane Street

An early C19 commercial block dating probably from 1820-1830, but with alterations to the first floor from the late C19 and the replacement of the ground floor in c1960.

A late Regency three storey rectangular rendered and painted block with a Welsh slate roof. The frontage to Commercial Street has three windows on each floor over a mid C20 bank frontage with black marble fascia. The windows are six over six sashes on the first floor and three over six above, all in plain recesses. Eaves, hipped roof.
The Crane Street elevation has a continuation of the bank front on the ground floor, two large projecting four light display windows with tented lead roofs on the first floor and two three over six sashes above over the right hand display window. A large stack can be seen on the right hand party wall. The building has group value with the adjoining terrace in Commercial Street and townscape value as a visual stop looking south along George Street.

The interior of the ground floor is wholly of c1960 and contemporary with the shopfront.