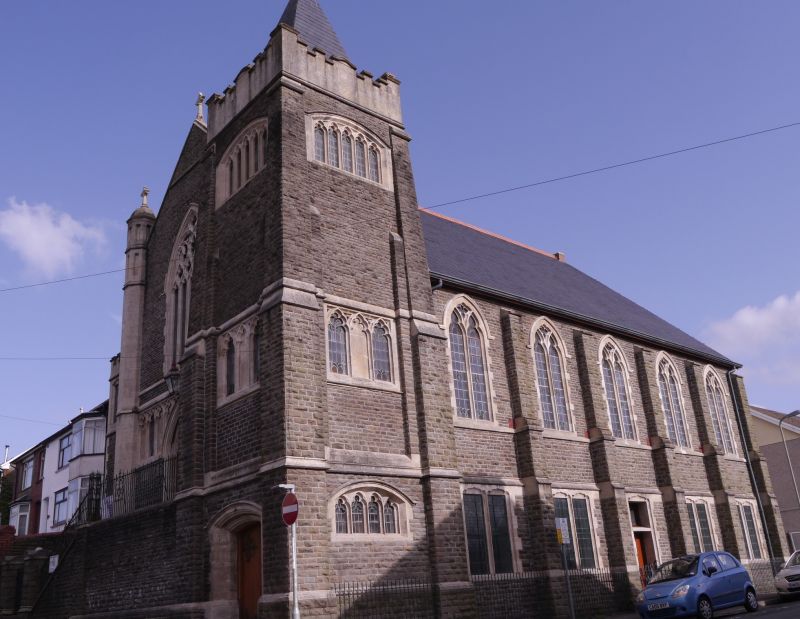 Location: On corner with Goodrich Street.

By W Beddoe Rees of Cardiff, at a cost of £2,750. The foundation stones were laid on 23rd November 1903, and the church was opened in August 1904. It was designed to seat 518 and the first minister was the Rev. Edward Bush. A group of English speaking Congregationalists had broken away from their Welsh speaking counterparts in March 1896. They established a church in 1898 and worship took place at the Board School, Tonyfelin Road, until the present site was secured.

Listed as an original Arts and Crafts Gothic chapel by leading chapel architect and writer on chapel design.