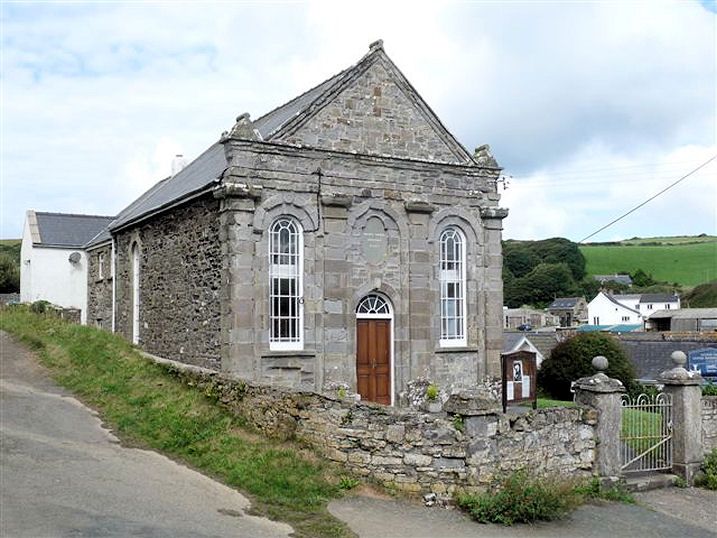 Location: Situated in Nolton Haven village, on hillside S of the bay, set in walled forecourt.

Independent Chapel of 1857-8, founded from Trefgarn Owen. Interior alterations including a new pulpit are recorded in 1907 and renovation in 1923.

One of the more architecturally ambitious chapel facades of the region, with classical pilastered front in ashlar stone. The best local example of the Nolton sandstone.