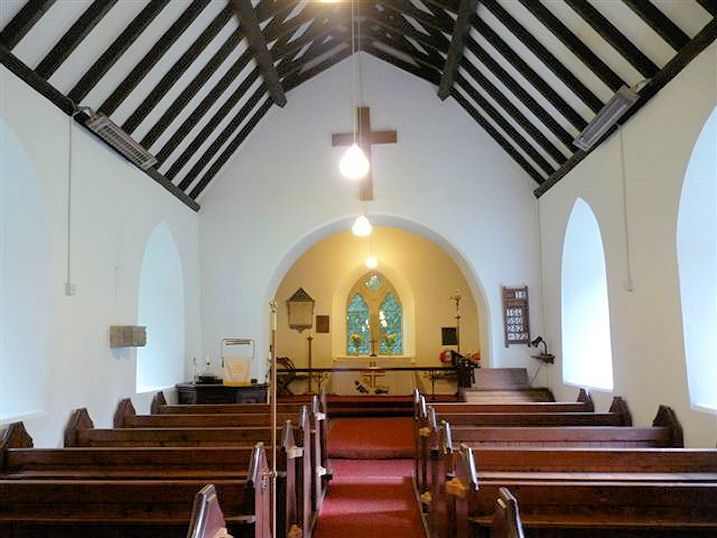 Location: Situated in Nolton village, on N side of road.

Medieval church with C15 porch near identical to that at Roch, both churches having been granted by the de Rupe or de Roche family to Pill Priory, Milford. Much restored in 1876-7 by E.H. Lingen Barker. A roof truss dated 1794 was removed in the restoration. The restoration cost £411. The old walls were kept, except S wall of porch and part of E end wall. A new vestry was added on NW using the old N door. All the windows were replaced with stone tracery, having been sashes, and the bellcote was rebuilt, supposedly as before. The roofs were rebuilt to a steeper pitch and the interior was refitted, retaining the font and monuments. Sir Stephen Glynne visiting in 1851 noted a pointed W door, a W end stone bench and a 2-light E window with internal shafting, and also indicates that the wall brackets were then below niches.