A Grade II Listed Building in Michaelston-le-Pit and Leckwith (Llanfihangel-y-Pwll a Lecwydd), Vale of Glamorgan 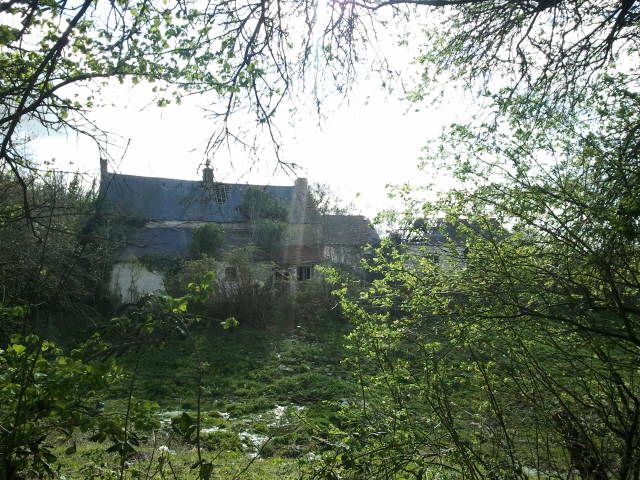 Location: About 1km W of B4262, reached by minor road which joins B4262 near telephone box.

Probably medieval, a cusped lancet window (possibly C14) on N wall suggests a possible first floor hall, as does possible fireplace recess at head of C19 stairs. C19 remodelling and extension by Bute Estate. The site appears to be an ancient one, and the house is next to earth banks whose outer bailey is partly incorporated in the courtyard to the N of the house, and is perhaps associated with Leckwith Manor.

Attached agricultural ranges of stone, partly limewashed and rendered: barn to left of house at lower level, and at right angles a cowhouse with ruinous pig-sties at S end; curving wall to yard. Barn has slate roof; cowhouse in 2 sections, set back to left, slate and corrugated roof to right, corrugated and clay tile roof to left; cambered-headed openings. Roughly built shed in angle between barn and cowhouse obscures elevations, further shed in rear angle between these buildings.