Lychgate to the churchyard of the Church of St Beuno 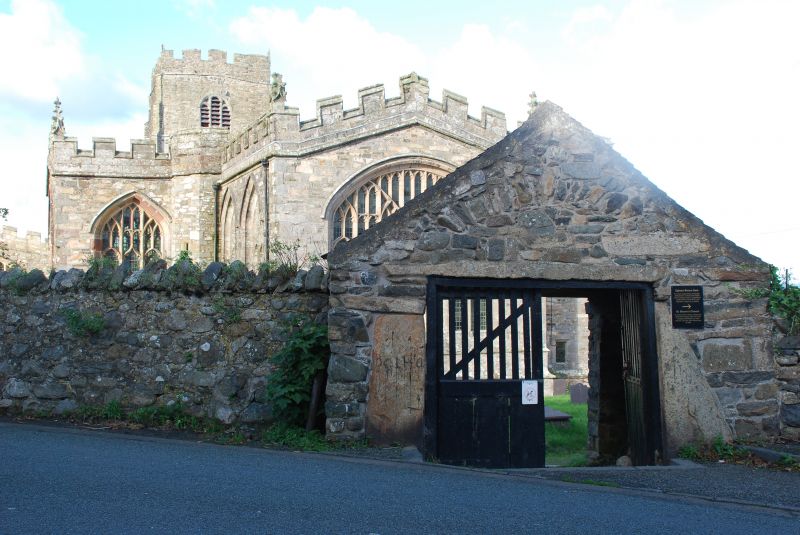 Entry Name: Lychgate to the churchyard of the Church of St Beuno

Location: The lychgate opens directly off the main road at the centre of the village, and leads into the W corner of the churchyard opposite the E end of the chancel.

Built in the late medieval period as the main entrance to the churchyard.

Built of granite with a pitched slate roof. Double gate entry from the road to a wide interior paved with pebbles, and slate and slopes down to the wide opening to the churchyard. Both openings are covered by a large single slab of stone of irregular shape, on further corbel slabs, the inner opening having a square opening to admit more light set asymmetrically above the lintel. The entry against the road appears to have been originally arched.

The roof is carried on re-used oak purlins and a ridge and has open rafters with plaster between each. The passage has one shallow recessed seat each side immediately behind the outer gates, perhaps for mendicant pilgrims.

Included as a good example of a late medieval lychgate to a churchyard, and of group value with the Grade I Church of St Beuno and other structures at the centre of Clynnog-fawr.