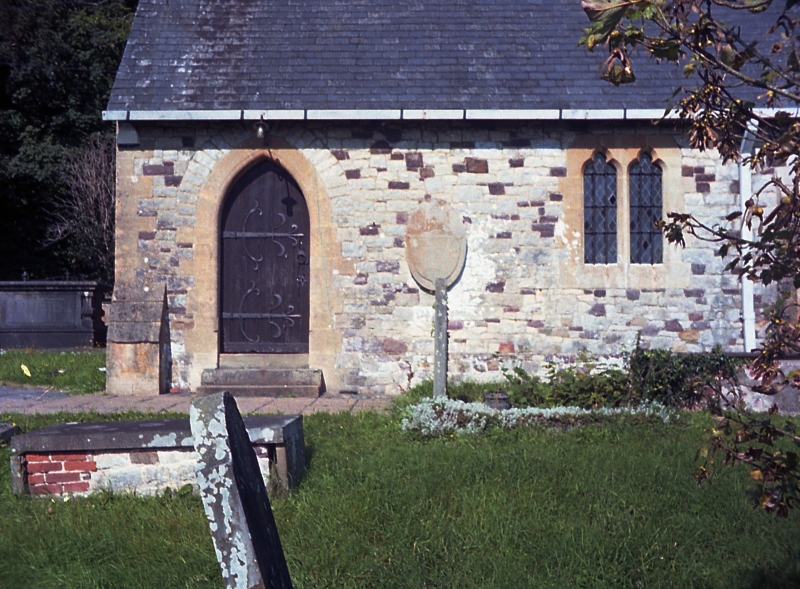 Location: Set in a roughly rectangular walled churchyard sideways on to the main road, at junction with road to St Bride's-super-Ely.

Chapel of ease to St Fagans, rebuilt on an earlier site by Windsor family in 1862 to designs by the renowned architect GE Street who had previously restored St Fagans Church. Traditionally the living belongs to Dean of Llandaff. Alternative spelling Ellteyrn.

Interior has unrendered walls and the same coloured masonry as the exterior; 2-bay nave with arch-braced roof with wind braces, 2 bay chancel roof with decorative cusping. Nave has open pew seating and contains some large hatchments to Bassett family; an important Early Christian stone with Latin inscription; a medieval font (C13) with round bowl with leaf and flower decoration and broached base. Fine wall monuments in nave and chancel especially to inhabitants of nearby Park (Parc-y-justice) including the Williams and Price families; some monuments signed E Morgan of Canton. Chancel and sanctuary have floor tiles of 3 different designs; 3 steps; marble reredos is a row of discs with cresting . E window of 1938 by Heaton, Butler and Bayne.

Included as a small but distinctive church designed by one of the greatest of the High Victorian architects in Britain.