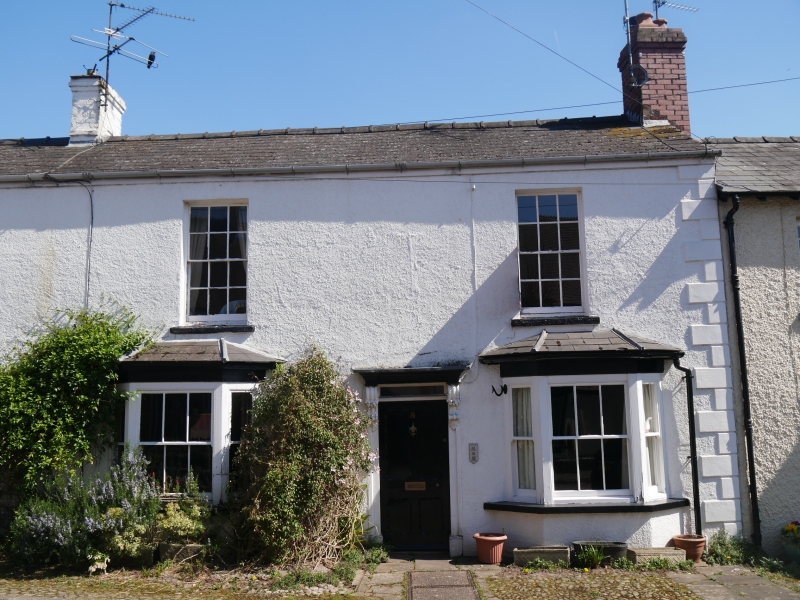 Location: Castle Street runs N from the main crossroads at Beaufort Square in Raglan towards the castle.

C19 terraced house, perhaps earlier C19 in origin with alterations including bay windows of the later C19. No.8 Castle Street originally incorporated as service wing No.9 to left, which subsequently became the Post Office before this transferred to High Street.

House, white painted stucco with slate close eaved roof and brick end stacks, larger stack to right, shared with No 7. Two storeys, originally double fronted with 2 12-pane sash windows above and 2 2-6-2-pane later C19 canted bay windows below, each side of centre door, the left bay now part of No 9. Bays have moulded cornices and slate hipped roofs. Door has narrow overlight and bracketed consoles supporting flat cornice. Rusticated quoins to the right, matching those on left end of No 9 adjoining.

Interior not available for inspection at time of resurvey (December 1999)

Listed as a well-detailed mid C19 town house, of group value with No 9, apparently part of the same building, and No 7, a smaller house to right.