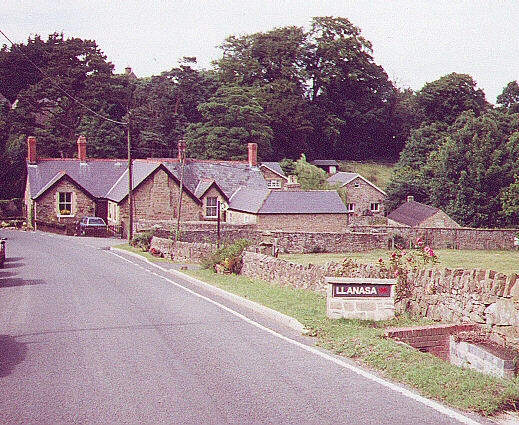 Location: Immediately SE of the churchyard and facing N to a short private drive.

Built in 1675 (date on building) but substantially remodelled in the C19 when it was a public house and a part of the Gyrn Castle Estate. On the rear, uphill side, a lodge at the entrance to Gyrn Castle was incorporated into the building in the early C19 and is shown on the 1839 Tithe map. The cart house and stable attached to the original house, forming an L-shaped rear wing and providing additional accommodation in the upper storey, were added in the third quarter of the C19 and are shown on the 1871 Ordnance Survey. By this time the original house had become a public house. The lodge was originally probably similar to South Lodge at the opposite entrance to Gyrn Castle but was altered in the late C19 by adding a wing and inserting new windows with yellow-brick dressings. The windows to Old Gyrn Arms are also mainly of this date.

The main doorway opens into an entrance hall with C19 stairs to the rear. The room on the L side retains a single cross beam.

Listed as a village house of C17 origin, retaining a fine doorway of this period, with simple C19 external character contributing to the historic character of Llanasa.