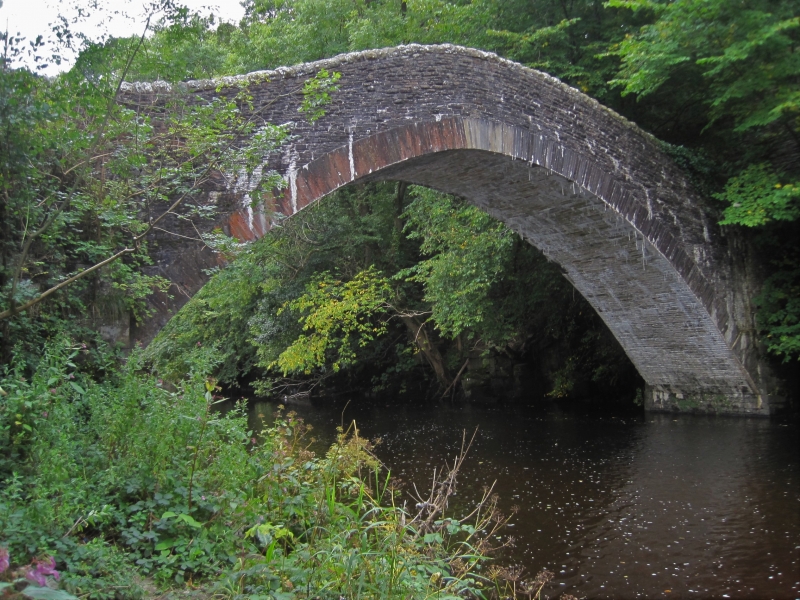 Location: Reached down a steep by-road from the old Cardiff to Merthyr road; by-road crosses the former Taff Vale Railway and the line of the Merthyr tramroad before descending to river. Sharp right hand turn

Road bridge carrying farm lane over Taff marked on plaque as of 1811, the arch rebuilt in 1993, but said in previous listing to be probably later C18 and by G Breese said to be post 1828, when bridge was recorded as being of wood.

Included as a narrow river bridge of exceptional character, crossing the river in a single steep arch.