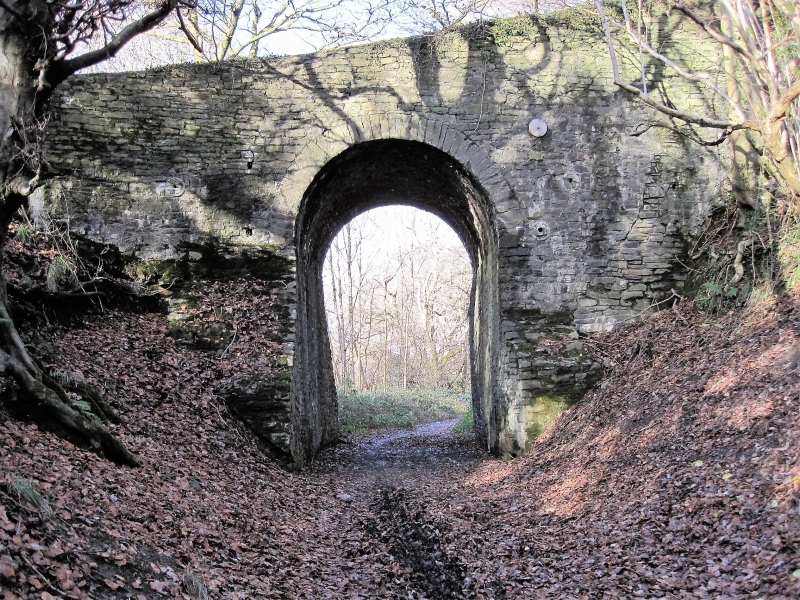 Location: Reached down a steep by-road from the old Cardiff to Merthyr road; by-road crosses the former Taff Vale Railway just before the overbridge.

Overbridge carrying the track to Pont y Gwaith over the Penydarren tramroad, said to be mid C19 as crossing a diversion on the tramroad. The bridge immediately adjoins the bridge over the Taff Vale railway opened in 1841 and may have been rebuilt to accommodate the altered roadway. Restored as part of the Trevithick 2004 Project.

Included for its special interest as a stone overbridge over the Penydarren tramroad, a nationally important feature in the history of iron production and railway development in Wales. Group value with the adjacent railway bridge.