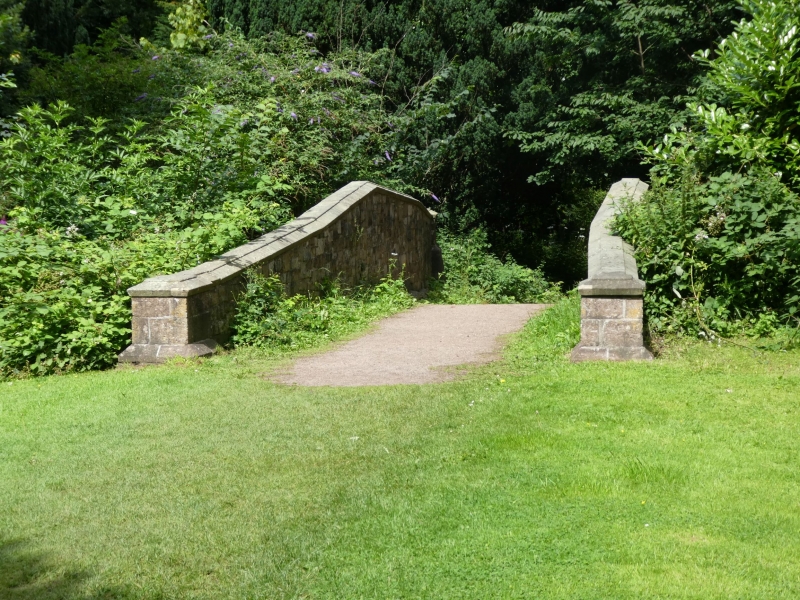 Entry Name: Bridge to north extension of Graveyard of Cathedral of SS Peter and Paul

Location: Joining the Cathedral Churchyard to the North Churchyard over the old millstream.

Built c1880 to give access to the new north churchyard which was first used in March 1883. It was designed by John Prichard to cross the mill-stream, now filled in, which was the head race for Llandaff Mill, itself demolished in c1932 to build Western Avenue, and the Tucking Mill, which still partly survives in Pontcanna Fields (qv Riverside Community).

Built of neat ashlar and in a medieval gothic style with a low pointed arch. The arch and the lower courses of the stonework are now almost wholly obscured by the filling in of the mill-stream which followed the opening of Western Avenue in 1932. The top voussoirs can still be seen, as can the parapet walls with trefoil headed niches in the apex. Moulded stone coping, The internal faces of the parapets are rubble, the roadway is pitched stone.

Included as a fine late C19 bridge designed by John Prichard and having group value with the Cathedral.