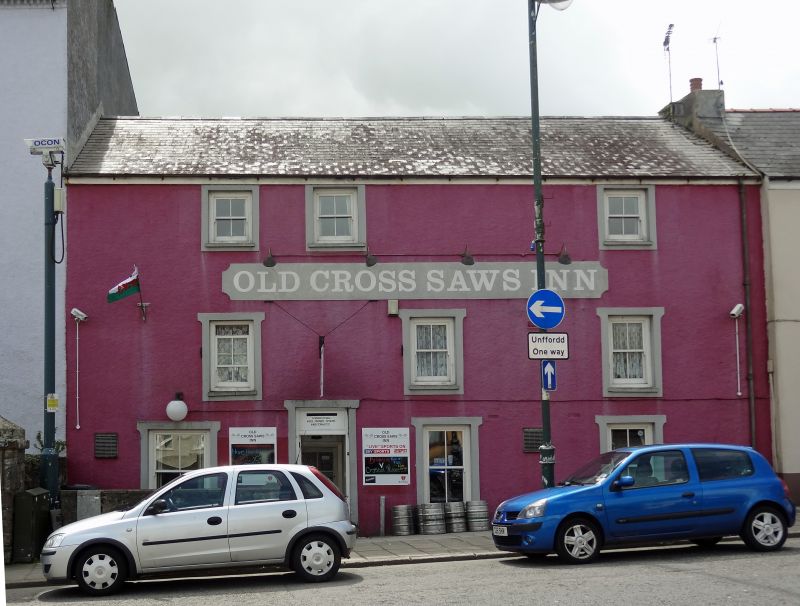 Location: On the S side of Main Street opposite its E junction with East Back.

Inn, early C19, possibly of earlier origins as facade is irregular. Of similar eaves height to No 107 to right, but three storeys instead of two. In the 1840s Pryse Pryse of Gogerddan, Ceredigion, is said to have held court leets for St Michael's parish here. Catherine Millard is recorded as landlady c. 1830-58 and she may have followed a George Miller or Millard recorded as a Pembroke landlord 1784-1810 (landlord of the Sun Inn 1819). Her daughter Martha followed her to 1891. Old photographs show the facade without the window surrounds but otherwise similar. A 1953 advertisement describes the inn as renovated. The interior of the ground floor was altered in C20.

Inn, painted roughcast and stucco with close-eaved slate roof and small rendered stack to right. Three storeys, irregular three bays with only the three first floor 4-pane sashes regularly spaced. Top floor has smaller 4-pane sashes regularly aligned left and right, but another close to left window. Ground floor has 4-pane sash aligned to right, and two others aligned each side of door but not with windows above. All openings in thin stucco surrounds. C20 door with blank overlight.

Included for the special interest of the late Georgian facade and structure of earlier origins, of group value with adjoining terraced buildings.