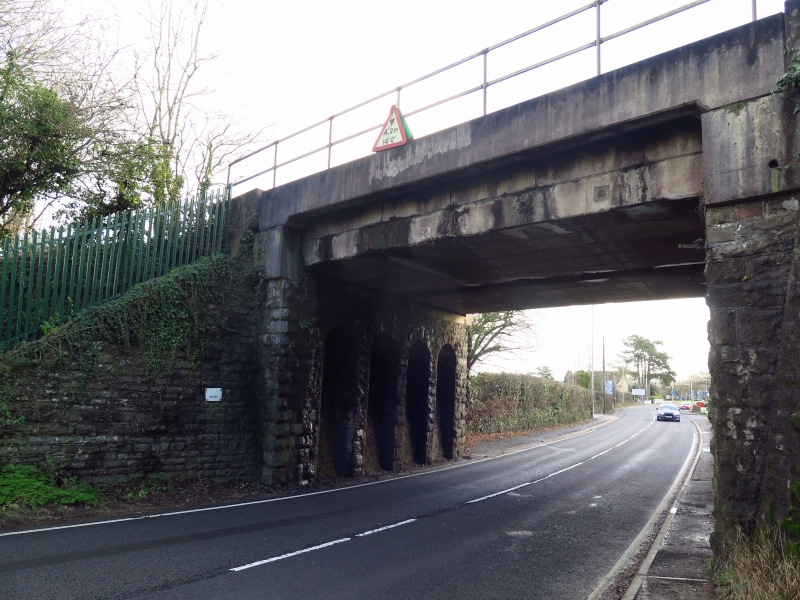 Location: To the north west of Coychurch, on Coychurch Road.

Constructed as part of the development of the South Wales Railway (SWR) from 1844 by the Great Western Railway (GWR). The Chief Engineer of the GWR Isambard Kingdom Brunel was appointed as engineer for the SWR. No direct evidence exists that shows that Brunel was directly responsible for the engineering of the line but is probable that he had direct influence on the laying out of the line and the design of the structures along it.

Initially the SWR was connected to the Cheltenham branch of the GWR across the Severn estuary, to Chepstow and then Newport, Cardiff, Bridgend, Neath and Swansea, eventually to Carmarthen, Fishguard and Pembroke. The route was laid out to follow the largely level coastal plain, avoiding the difficult contours of the South Wales Valleys but still requiring substantial engineering works along the line, notably at Neath (the Neath Abbey Viaduct across the River Clydach) and Landore (where a timber viaduct was constructed). Brunel would have been responsible for designing or supervising these works.

Work on the construction of the SWR began in 1846 with the line from Chepstow to Swansea opening in 1850. With the construction of the Wye Bridge in 1852 the South Wales Railway was connected to the rest of the railway network via Gloucester. The Severn Tunnel was constructed in 1886 taking the line on the more direct route from Severn Tunnel Junction to Bristol. To further improve journey times the line from Newport to Cardiff was quadrupled in 1941, removing many of the original line structures. The line west of Cardiff has not been quadrupled.

Coychurch Underbridge survives largely intact as one of the original structures of the SWR. It was built to carry the railway at a high level over a minor road near Coychurch.

Included for its special architectural interest as a well preserved example of a mid C19 railway bridge, one of the original structures of the South Wales Railway.

It is also of special historic interest for being associated with the renowned Victorian engineer IK Brunel, forming part of a remarkably complete body of work by him and a significant contribution to the engineering heritage of the UK. It forms part of the growth of the railway network in the age of ‘Railway Mania’ in the mid C19, a period when long distance travel was revolutionised and South Wales became linked much closer to England, leading in part to the industrial and urban boom of Victorian South Wales.