A Grade I Listed Building in Norwood, London, London 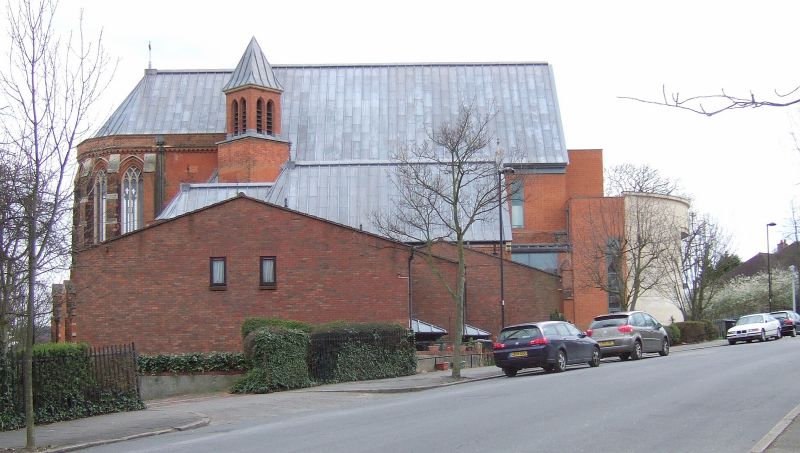 2.
1888-91 by Fellowes Prynne. Red brick with stone dressings and high pitched slated
roof. Nave of C13 style (of which the planned western bays and tower were not
built) runs straight into chancel with a modern fleche on roof ridge. Aisles
under separate gabled roofs. Double chancel aisle to north. External ambulatory
right around apsidal east end gives a French appearance, reinforced by round tower,
with conical roof, against north aisle. On south side of chancel an external
staircase flies over the ambulatory to entrances at first floor level and half
way. Interior of red brick with dressings of yellow brick and stone. Cut brick
nailhead ornament on arches of three bay arcade with new red sandstone piers.
Roof of lobed section with wall plate above coved upper clerestory wall. Lady
Chapel in north chancel aisle has apse and ambulatory as has chancel. Very tall
traceried stone chancel screen. Other wrought iron screens including a high trellis
supporting rood figures.