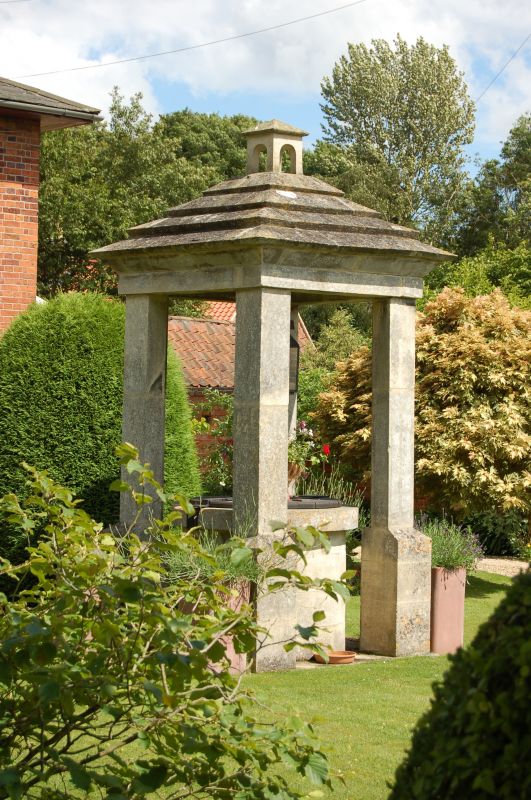 Well head. c1830. Limestone ashlar. Square canopy with 4
square piers on plinths, supporting a stepped pyramidal stone
roof topped with a square cupola with round arched openings.
Round well head with flat coping.
This building is one of a number of architectural ornaments
introduced to the village by Gregory Gregory c1820-1840.
No.33 is not included.
(The Buildings of England: Pevsner N, Harris J & Antram N:
Lincolnshire: London: 1964-1989: 361-362; Rowlands G:
Harlaxton Manor: Harlaxton: 1984-: 20-29).