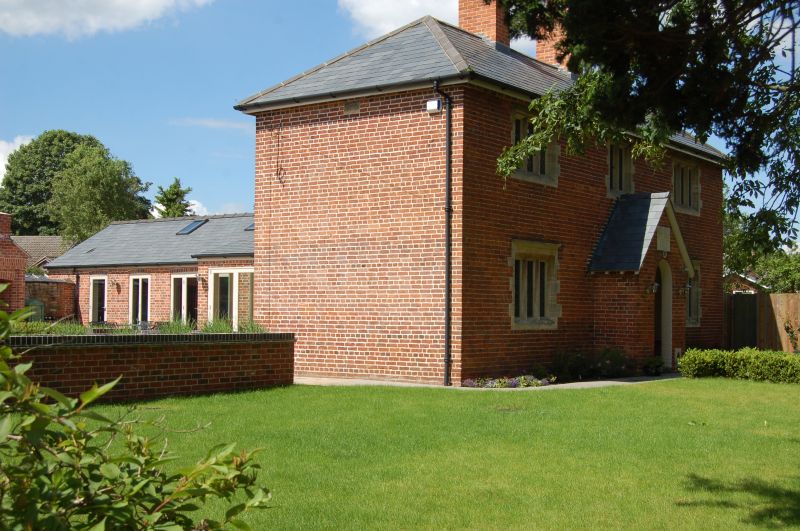 Estate cottage. Dated 1802, altered mid C19. Brick with ashlar
dressings and hipped slate roof with 2 rendered ridge stacks.
2 storeys; 3 window range. Windows have stone mullioned
cast-iron casements and diamond panes. Central 2-light window
flanked by 3-light windows. Gabled porch with round arched
opening and panelled door, and above it, a cast-iron plaque
with armorial devices and the initials JSG. (John Sherwin
Gregory, Lord of the Manor of Harlaxton 1860-c1875). On either
side, a 3-light window.
This building is one of those built or altered c1790-1820 by
George de Ligne Gregory, Lord of the Manor of Harlaxton.
(The Buildings of England: Pevsner N, Harris J & Antram N:
Lincolnshire: London: 1964-1989: 361-362; Rowlands G:
Harlaxton Manor: Harlaxton: 1984-: 20-29).