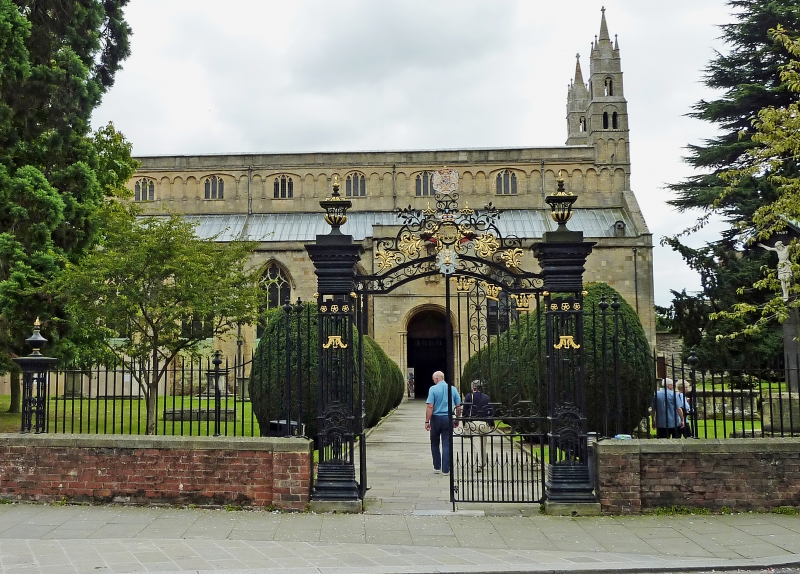 Entrance gates to path from Abbey N porch. Probably 1750,
restored 1959. Attributed to William Edney, and erected by
Lord Gage. Wrought iron.
Fine pair of gates with overthrow set to ornamental open
square-section piers and with short side panels. The cambered
overthrow carries a painted shield of arms above an interlaced
monogram, and a plaque with a head in low relief. Piers carry
urn finials, and swept-down supporters are stopped to
standards with finials. Dyde (1798) records that "In this year
(1750) the church walk ws paved by subscription. The iron
gates at the entrance into the church (viz. the north porch)
were given by Lord Gage.... Those next the street, and the
pallisadoes, were given by Wm. Dowdeswell Esq." In the great
restoration of the later C19 the churchyard level was lowered,
to reduce dampness in the aisle wall, and at this time the
Gage gates were moved to their present position. The
Dowdeswell gates are not accounted for.
(Dyde W: History and Antiquities of Tewkesbury: Tewkesbury:
1790-).