Monkwearmouth Railway Bridge over River Wear with Viaduct to North 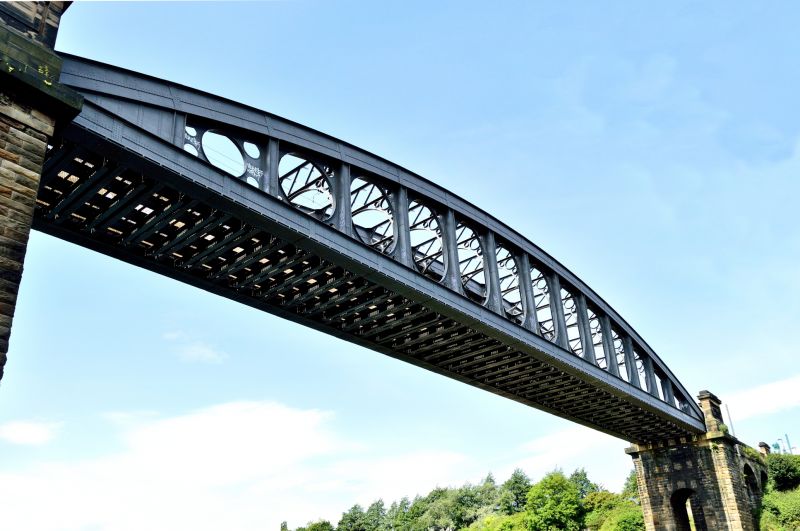 Railway bridge and viaduct to north. 1879. For Monkwearmouth
Junction Railway of North Eastern Railway Company. Engineer
Thomas Harrison. Wrought-iron arch, rock-faced abutments with
ashlar dressings. Girder deck and bow-string arch with girder
ties braced by pierced plates graduating from circles to tall
ovals. Piers arch-pierced with plinths and top bands below
square ashlar rail-bed piers with plinths, top bands and
chamfered coping. Abutments and viaduct of rock-faced stone
have high accommodation arches over Sheepfolds Road and
Easington Street with voussoirs, and flat-coped ashlar
parapets. Built to link former Brandling Junction Railway line
terminus at Monkwearmouth Station with a new Central Station
in Sunderland; the first through line between Newcastle and
Sunderland. Said to be `the largest hog-back iron girder
bridge in the world' when built. The railway bridge and
viaduct to north is linked with Monkwearmouth Station (qv).