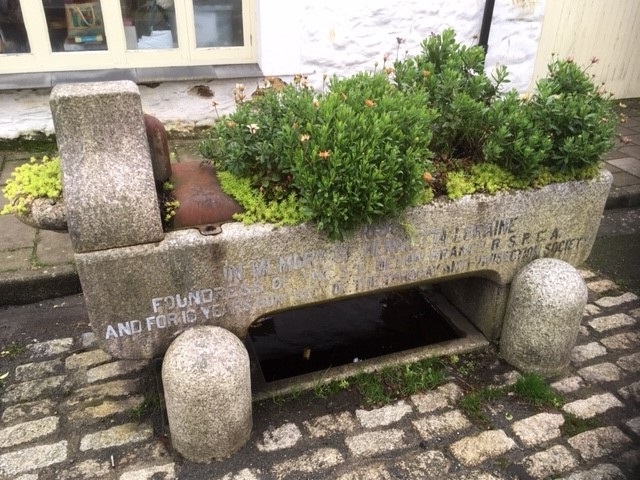 Horse trough with drinking fountain. Dated 1898. Granite
ashlar. Trough rests on 2 squared blocks of granite. Bottom
edges chamfered between the supporting blocks and projecting
end is rounded. Granite bollards against the feet on the
street side to protect it from the traffic. Left (north) end
rises with ogee curves to house water pipes and, on the outer
side, a small ornately-cast tap remains to a semi-circular
basin, the drinking fountain.
The road front is set with lead letters which record that the
trough was erected in 1898 in memory of Henrietta Loraine, a
founder member of the SE Devon branch of the RSPCA and, for 10
years, secretary of the Torquay Anti-Vivisection Society.
Included for group value.