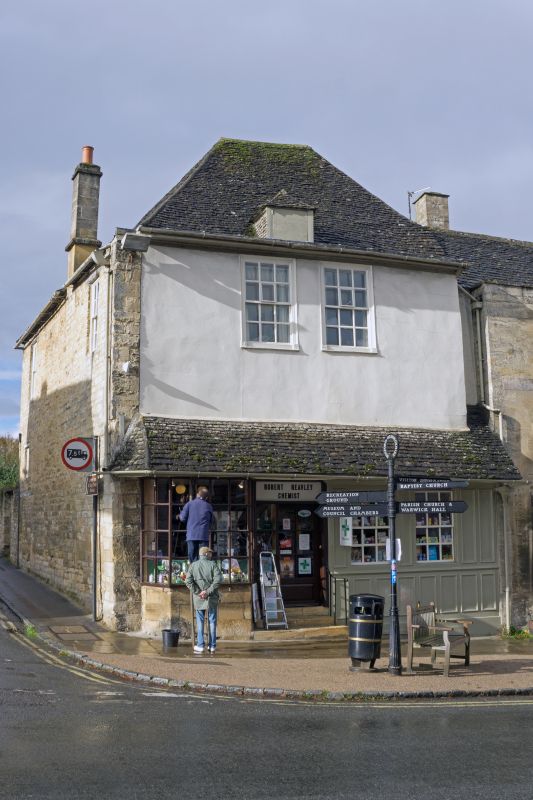 BURFORD AND UPTON AND SIGNET
HIGH STREET (West Side)
No 124

Interior: in the shop a large octagonal timber post in centre of ground floor bressumer with residual moulding to cap. Newel stair in angle with paired entry door; stairs with slender balusters possible contemporary (c.1720). To rear lobby a splat-baluster ventilated larder door. Important roof-structure: the hall has a large intact arch-braced truss at north end (seen as a simplified hammerbean roof by M Laithewaite), chamfered edges and smoke blackening. The former solar roof is lower and of four bays; there are two archbraced trusses now on tie-beams, they carry a square ridge, king-posts to low saddlepieces, and the ridges are braced from the king posts, edges chamfered, wind-braces removed. The only other example of this kind of roof inspected locally was in the Old Rectory, Westwell.