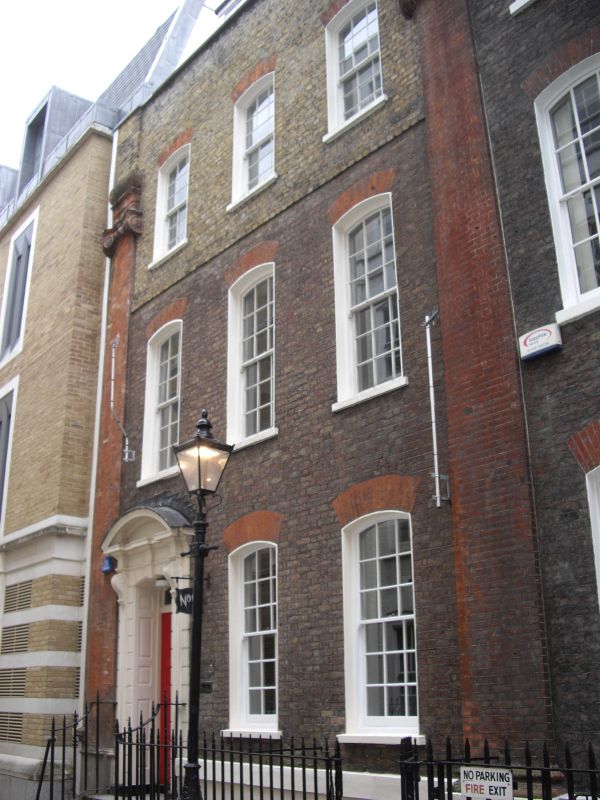 TOOK'S COURT (East side)
No.14 and attached railings

Formerly Listed in the LB of Camden. Since 1 April 1994 Took's Court has been in the City of London.