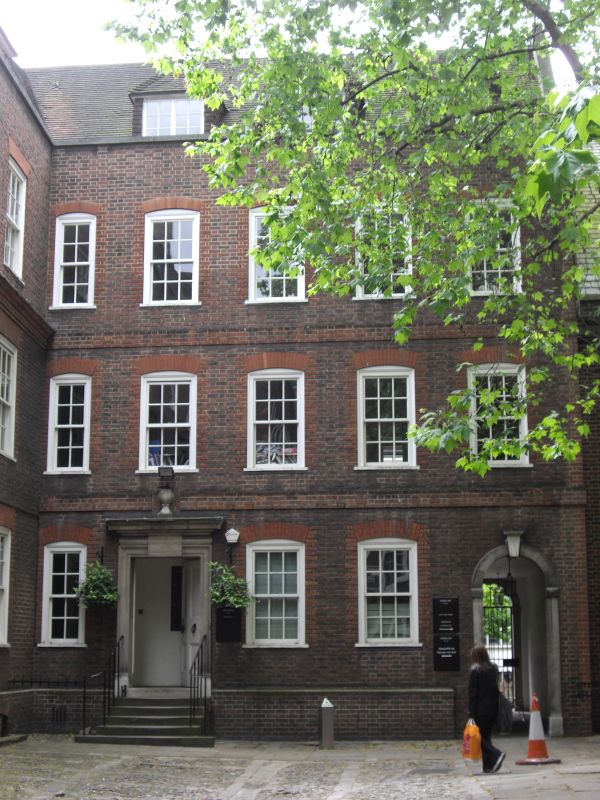 2 terraced chambers, No.9 forming a part of the south side of a courtyard with an arched passage through to gardens and No.10. No.9, 1729; No.10, 1747. Both restored late C19 and, due to war damage, rebuilt externally in facsimile c1955 by Edward Maufe. Brown brick with red brick dressings. No.9 with plain brick bands at floor levels, No.10 with moulded brick cornice at 2nd floor level. Tiled mansard roofs with dormers. 3 storeys, attics and basements. 5 windows each.

Entrances with stone surrounds with pulvinated frieze, having an apron tablet over the centre, and cornice with ball above. Doorways approached by steps with railings. Gauged red brick flat arches to flush frame sashes, No.9 with segmental arches. Parapets. INTERIORS: not inspected. No.9 has a similar south facade of 4 windows, with a lead rainwater pipe and head inscribed 1954,to which No.10 abuts.
Formerly Listed in the LB of Camden. Since 1 April 1994 Staple Inn has been within the City of London.