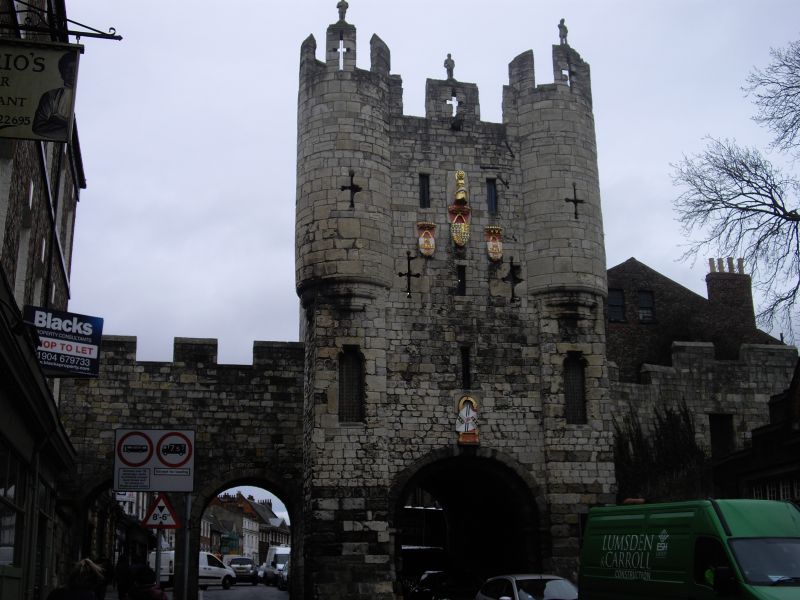 Baile Hill Tower: 2 storeys with embattled parapet. Flight of
steps to wallwalk passes through tower from foot of rampart,
through arched doorway with stilted 2-centred head. Other
openings are 3 slit lights in chamfered openings and 2 arrow
slits with oillets, one blocked.