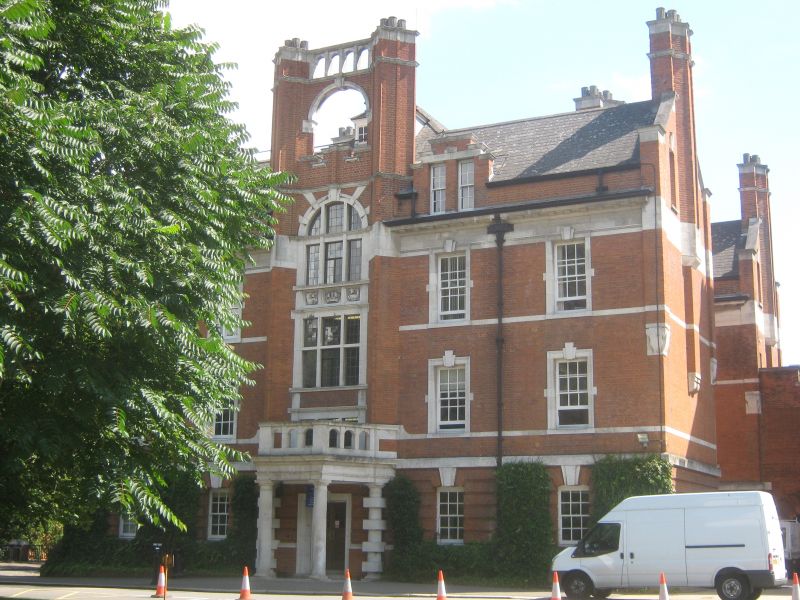 EXTERIOR: three storeys; five window range. A symmetrical range has a rusticated banded ground floor, cill and plat bands, stone frieze and modillion cornice, and parapet. Central bowed distyle in antis porch has Tuscan columns and blocked antae, entablature and balustrade, to a doorway with architrave and double doors; above is a four storey central section with angled lateral stacks flanking a two storey round-arched window which rises through the cornice, with mullions and transoms to metal casements, large alternate voussoirs and keystone, and enriched aprons; the stacks are linked by a crenellated parapet and round arch supporting a balustrade.

Outer windows with large split keystones, architraves to first and second floors, to 6/6-pane sashes, and dormers with paired 4/4-pane sashes in the parapet either side of the central feature. Ends have two gables with corbelled gable stacks, separated by a recessed central section with a large diagonally-set lateral stack.

INTERIOR: not inspected, but reported to be without special decorative features.