Wall to the churchyard of the Old Church of St Chad 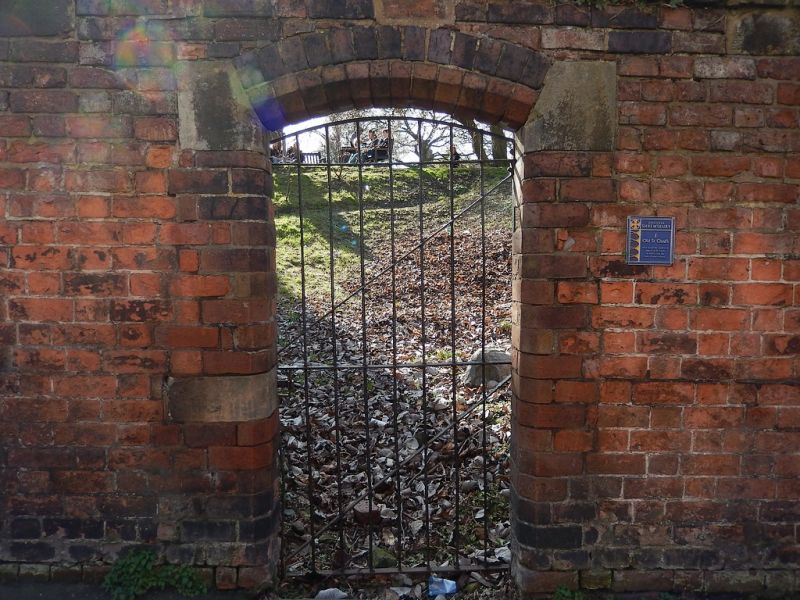 Entry Name: Wall to the churchyard of the Old Church of St Chad

Retaining wall to the churchyard of the Old Church of St Chad. It was built in 1794 when the surrounding streets were widened by the Shrewsbury Corporation.

Retaining wall to the churchyard of the Old Church of St Chad. It was built in 1794 when the surrounding streets were widened by the Shrewsbury Corporation.
MATERIALS: it is constructed from sandstone and red brick with a stone plinth and stone coping.

DESCRIPTION: the retaining wall bounds the churchyard to College Hill on the north-west side, Princess Street on the north-east side and Belmont on the south-east side. In a clockwise direction, from the north-west side of the churchyard, the wall runs from a stone pier which flanks the entrance to a north-south aligned footpath through the churchyard. It follows a north-east alignment for c21m along College Hill before turning the rounded-corner with Princess Street. It then heads south-east for c41m along Princess Street to its junction with Belmont, rising to a maximum height of c3m. The wall is of Flemish bond red brick along these alignments, with brick piers placed at regular intervals. A segmental-headed gateway with stone springers and late-C20 iron gate provides access through the wall at a point adjacent to the buried remains of the church's crypt. From the junction with Princess Street and Belmont the wall is of coursed and squared sandstone, possibly earlier fabric, and follows a south-west alignment for c75m, stepping down in height to correspond with the fall in gradient of the churchyard, before it terminates at a large, stone pier with a pyramidal cap. The section of wall adjacent to the Lady Chapel is bowed with a flat-headed gateway at the left-hand side of it.

The precise origins of the churchyard to the medieval Church of St Chad are unknown. As it is known that St Chad’s had been established as a collegiate church at the time of the Domesday survey, being the private property of the bishop of Lichfield; it is therefore believed that a cemetery was also in existence at this time. It is likely that the church’s enforcement of burial rights over the whole of its large parish had implications for the cemetery’s size and it is therefore possible that it was considerably larger in size than it now appears. The size of the churchyard was reduced in 1794 when the Shrewsbury Corporation widened Belmont and Princess Street, building a new boundary wall to the churchyard at the same time; in both cases quantities of human bone being disinterred and reburied. Human bone was also found in 1880 in the widened section of Princess Street, and grave slabs were said to have been re-used to pave the yards of the houses on the north side of the street.

The retaining wall to the churchyard of the Old Church of St Chad, erected in 1794, is listed at Grade II for the following principal reasons:

* Group value: it has strong group value with the upstanding and buried remains of the Old Church of St Chad (Scheduled and listed Grade II*) and the listed buildings fronting Belmont, Princess Street and College Hill.