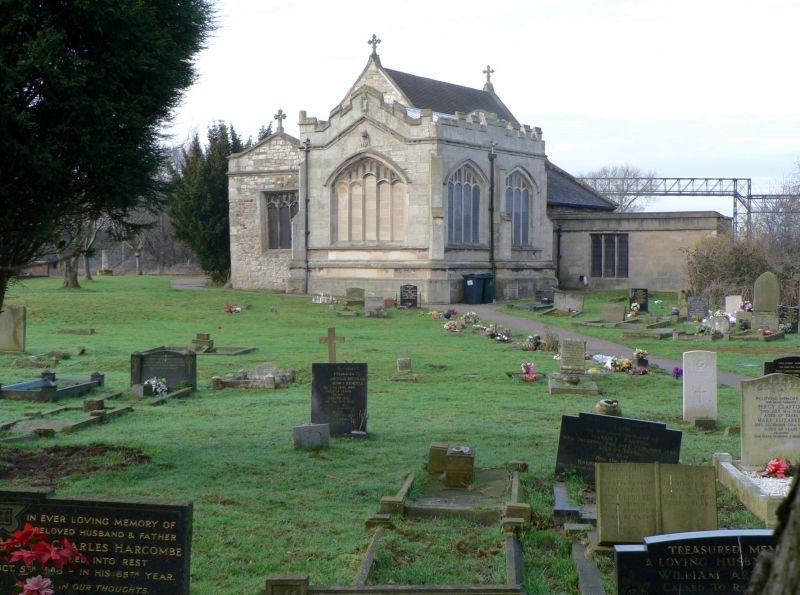 Church of England Parish: Kirk Sandall and Edenthorpe Church of the Good Shepherd

(formerly listed as at Sandall Parva)

Nave: C12 south aisle has large quoins and pebble-work to lower courses; 1864 porch to bay one with pointed arch and hoodmould beneath coped gable with cross; C12 south doorway within has a lightly-chamfered, two-order round arch having single order of columns with plain capitals; two-light window to bay two (renewed in 1864) has pointed arch and hoodmould with carved-head stops; end walls each have a small C12 window. Above bay one of aisle rises a single stage of tower added in 1828 but truncated in 1935, it has a two-light south window and corniced eaves to pyramidal roof with louvred gablets. West wall of nave (earlier C12) incorporates same herringbone courses above a C14 three-light west window with intersecting tracery and hoodmould with weathered stops beneath gable quatrefoil. North aisle has buttresses flanking a two-light west window and two-light north window to east of C20 vestry which encloses a narrow triangular-headed doorway with hoodmould. Aisles under catslide roofs from nave with C19 kneelers and gable copings with apex crosses.

Fittings: cylindrical Norman font on two-step plinth. Excellent traceried wooden screens to west of chancel and chapel, the chancel screen of 3:2:3 divisions with crocketed, ogee panels to dado and central four-panel door with four-light tracery, the upper panels pierced; side panels set beneath small twin ogee canopies; main shafts with tiny figures in niches at the capitals; canopy has carved vinetrail and pierced cresting. The chapel screen similar but of 1:2:1 divisions.

Monuments in Rokeby Chapel: floor slabs include that to Thomas Rokeby (d.1669). Large marble wall monument on east wall to Thomas Rokeby (d.1621) has consoles with floral drops and cherubs head flanking a domed oval plaque with Latin inscription, cartouche over and open segmental pediment containing cartouche and mantling beneath draped urn. On north wall the tomb of Archbishop William Rokeby (d.1521) with foiled, four-panel base and canopy on shafts with foiled frieze and cresting; some inscribed brasses within. To its left a weathered C17 cartouche above marble plaque. On south wall a scrolled pedimented monument to William Rokeby (d.1662) has shield of arms over. Brasses: on east wall a plate with eight lines of verse which originally marked the burial spot of Archbishop Rokeby. Other brasses on floor to Thomas Boucher (d.1658) and wife Elizabeth (d.1677).

Stained glass: western north chapel window has jumbled C16 glass with incomplete figures of saints. Chapel built soon after the death of William Rokeby, Bishop of Meath, Archbishop of Dublin and Chancellor of Ireland and formerly a vicar of Kirk Sandal.

Church now in the care of the Redundant Churches Fund.