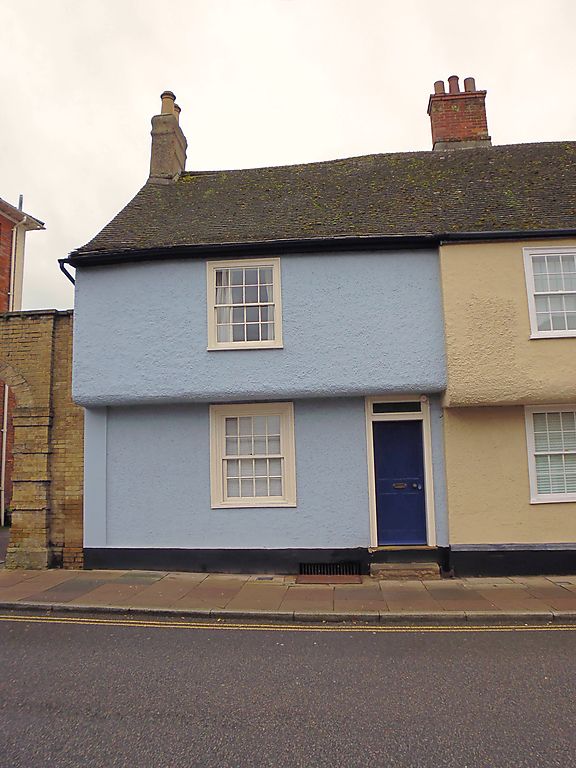 House, now used as an annexe to the Chantry Hotel (qv).
C16/C17 with later alterations. Timber-framed and rendered;
red brick to the south gable wall; C20 plaintiled roof. 2
storeys: one bay with end chimney-stack; jettied along the
street frontage. One window to each storey, both 16-pane
sashes in moulded cased frames. 4-panel entrance door, in a
wood surround with plain reveals and a rectangular fanlight.
INTERIOR: timbers exposed along the front wall on the upper
storey, part close-studded with a tension-brace, part with
re-used timbers. Wide studding to the end wall on the north.