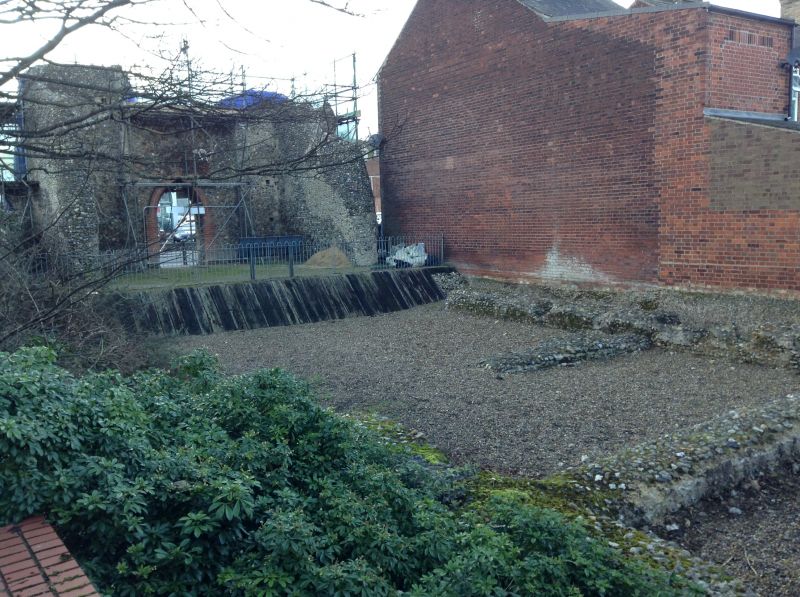 Part of the medieval Hospital of St Saviour. Founded 1184/85
by Abbot Sampson. Flint with stone dressings; roofless. Often
said to be part of a gatehouse, but in fact part of the west
end of a long range extending eastwards.
Excavations in 1991 revealed the base of the remaining walling
and indicated that the building was in 2 phases, and probably
consisted of a hall with a chapel at the east end. A central
doorway has a pointed stone-dressed arch.
Above, in the remains of a stone-framed recess, is a plaque
recording the death of Humphrey, Duke of Gloucester, uncle of
Henry VI, who is said to have been murdered here in 1447. (Cf.
Procs. Suff Inst Arch Vol XIX p.255).
Scheduled Ancient Monument.
(BOE: Pevsner N: Radcliffe E: Suffolk: London: 1974-: 153).