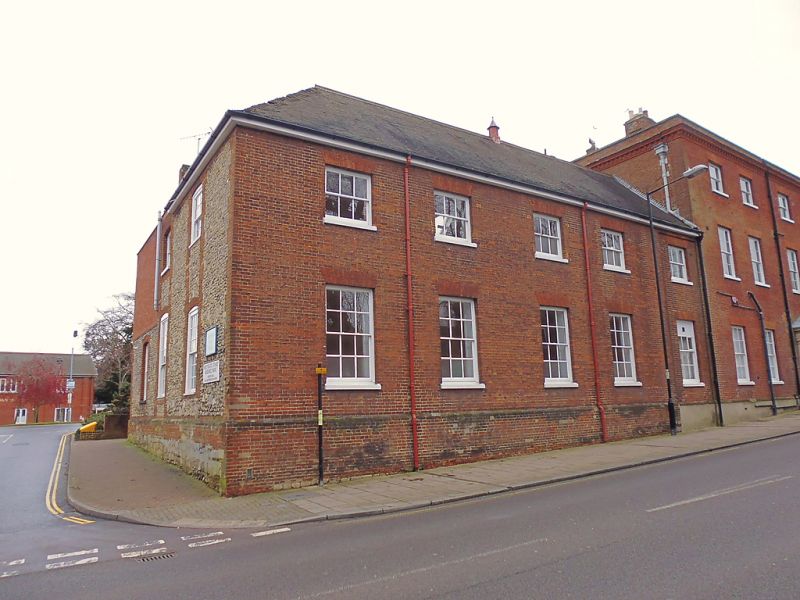 House, subsequently the West Suffolk Grammar School and later
The West Suffolk College of Further Education; now converted
to offices. Early to mid C18. Red brick laid in Flemish Bond
with a parapet and moulded brick cornice. Additions on the
north and south sides.
EXTERIOR: 3 storeys and cellars. 5 window range in the main
building: 12-pane sashes to the ground and 1st storeys, 6-pane
to the 2nd storey, all in plain reveals with flat gauged
arches. A central 6-panel door with the top 2 panels glazed
has a wood doorcase with engaged columns and an open pediment
enriched with egg-and-dart ornamentation and is approached by
stone steps with wrought-iron handrails.
The extension on the north has a 5 window range; its rear and
end walls are mainly in flint with blocks of reused stone.
INTERIOR: not examined, but the cellar is known to contain
some Abbey stone in the walling, including a re-set head.
(BOE: Pevsner N : Radcliffe E: Suffolk: London: 1974-: 153).