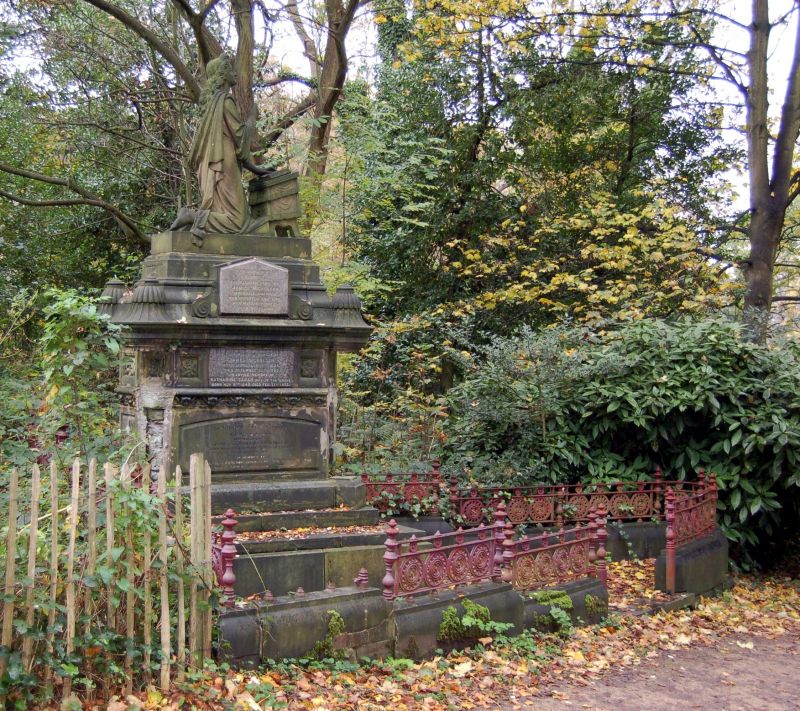 Memorial monument. c.1872. Ashlar sandstone monument set within an elongated triangular enclosure. Elevated chest tomb surmounted by a statue of a woman kneeling at prayer. Tall stepped ashlar base, with chamfered plinth and tomb above, formerly with statues to each corner ( now removed), beneath bell-shapes canopies forming part of a moulded cornice, above which is set the statue. The tomb is set at the north end of the enclosure formed by a stepped ashlar plinth, surmounted by cast-iron panels with linked pierced circles and moulded posts.
The monument commemorates members of the Nicholson family, including Harriet Nicholson, (d.1876), her husband, who commissioned the monument (d.1909), and their children. The Nicholson family were prominent industrialists in Sheffield in the late C19. The monument stands close to that of another notable industrialist of the period, Mark Firth (item 37/162), with which it forms a group.