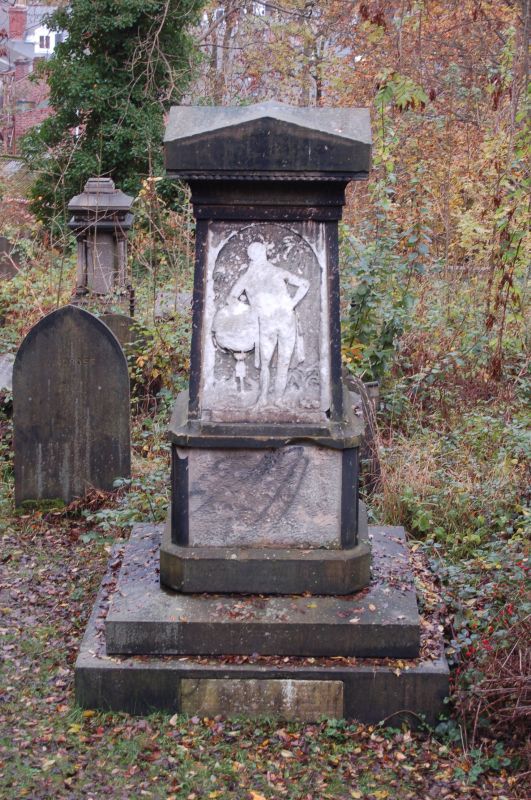 Memorial monument. c.1850. Ashlar sandstone with inset marble plaque bearing relief sculpture. Tapered pedestal rising from a square stepped base supporting a chamfered plinth. Cross gabled cap. The monument is inscribed on its north, east and west faces, and has a relief sculpture ( much decayed) of a male figure, leaning against a globe on a stand. The monument commemorates George Bennett (d.1841) , a founder of the Sheffield Sunday School movement, who, from 1821-29 travelled the world with the Reverend Daniel Tyerman as a deputation from the London Missionary Society, visiting its settlements in the Pacific Islands, Australia, India and South Africa, travelling some 90,000 miles in the process. SETTING: The monument is set on the principal axis of the original General Cemetery in Sharrow, at the foot of the steps leading up to the Old Chapel ( item 37/159 ) with which it forms a group.