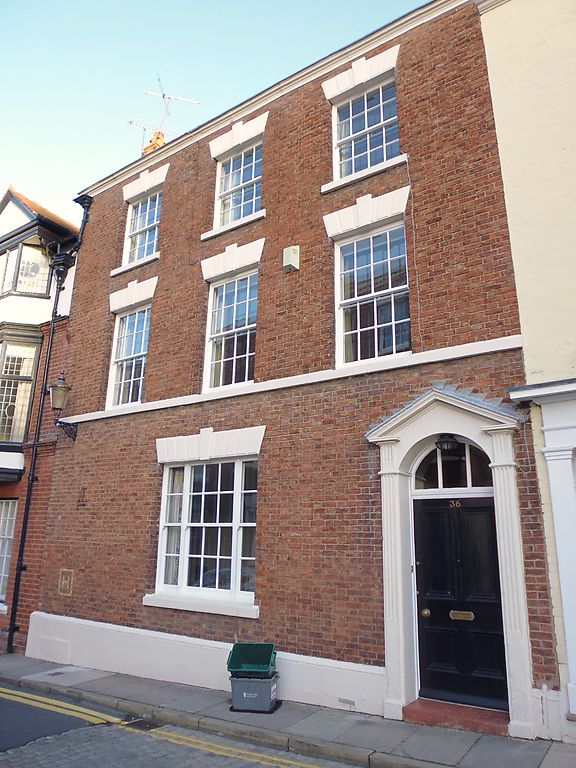 Town house. Probably c1840. Brown brick in Flemish bond to
front; grey slate roof has ridge parallel with the street.
3 storeys. Painted stone plinth has moulded cap; door of 4
bolection moulded panels in arched doorcase with fluted
pilasters; fanlight in the open pediment has 2 vertical
glazing bars; painted stone sills and rusticated wedge lintels
with keystones; replaced horned recessed sashes: a tripartite
4;2;4 pane sash to the first storey and three 16-pane sashes
to each upper storey; moulded cornice; central chimney behind
the ridge.
The rear, of brick, has most features renewed, doors and a
flush 16-pane horned sash to the first storey, 2 similar
sashes of 12 panes to the second storey and one to the third
storey.
INTERIOR: not fully inspected, has cellars, the front part
barrel-vaulted in brick, doors of 6 fielded panels, panelled
embrasures, a radial-bar fan to the back door and a straight
open-string stair with shaped brackets and stick balusters;
cornices.