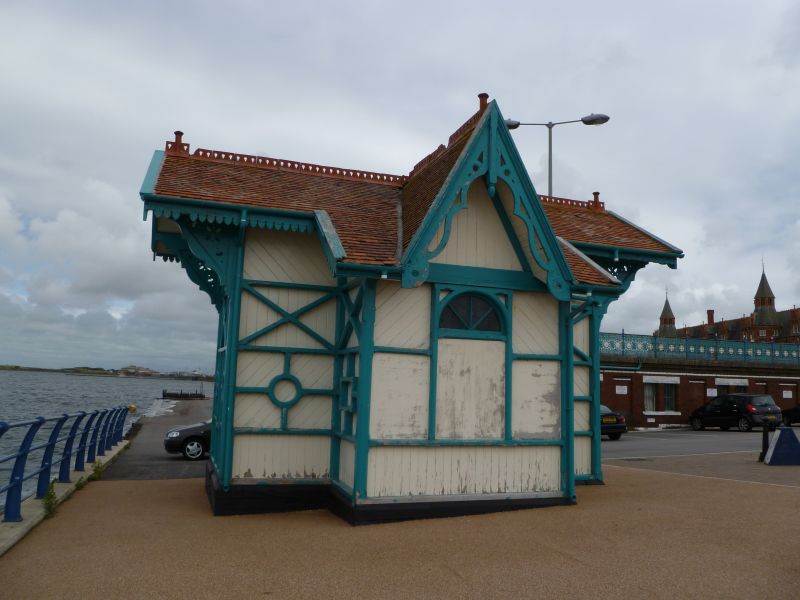 Cafe. Probably built between construction of Marine Lake in
1892 and its opening by King George V in 1913. Timber-frame
with plaster panels and red tiled roof with pierced ridge
tiles. Neo-Tudor style. Small cruciform plan.
EXTERIOR: one tall storey, with a brick plinth, geometrical
framing to the panels, deeply oversailing eaves. The north
front has a projected gabled centre containing a doorway with
a fanlight, flanked by small rectangular windows. At the east
and west ends large decorative brackets carry very prominent
projections of the roof gables, which have pierced
bargeboarding.
INTERIOR: not inspected.
Forms group with Boathouse (qv) approx. 20m north-east, and
with Lakeside Inn (qv) adjacent to north side of that.