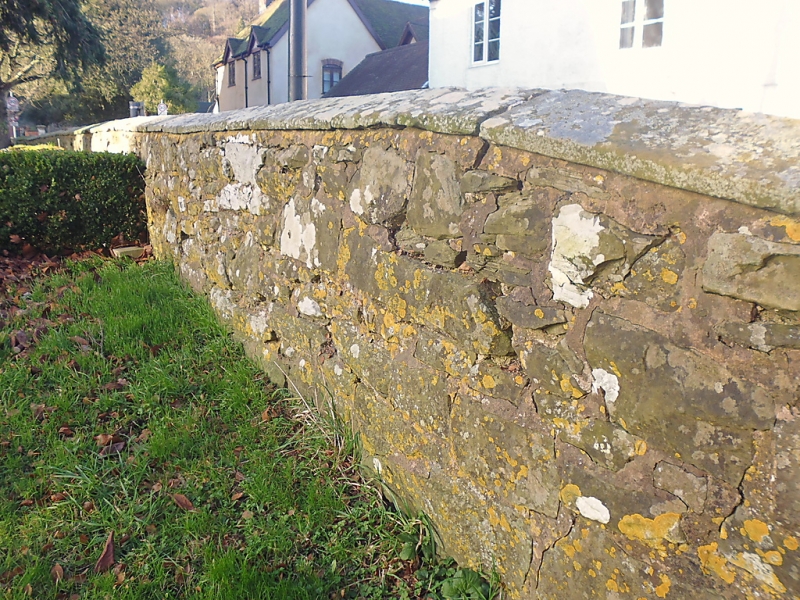 Entry Name: Churchyard Wall and Stiles and Gates to North and West of Church of St Lawrence

Walls, gates and stiles. Late C18. Stone rubble walls with
ashlar copings. Cast-iron gates and stile with oak posts.
Walls extend approximately 50 metres along north side of
churchyard and then approximately 65 metres along the west
side. Recorded as newly built in 1792 and paid for by a form
of public subscription and with carved initials on the wall
reputed to be of the parish subscribers.
West gate divides the west wall and consists of a pair of wide
low cast-iron gates with cusped lancet-headed balusters with
quatrefoil middle rail hung on braced post with finials.
Stile and gate at north-west corner consisting of 3 oak posts
with carved heads supporting old stile and C20 metal gate.
Stile of double sandstone ashlar steps with C19 cast-iron low
screen set above and between the posts.
Stile and gate at east end of north wall consisting of 3 oak
posts (2 renewed) supporting C20 metal gate and C20 wood stile
rails above older double sandstone ashlar steps.