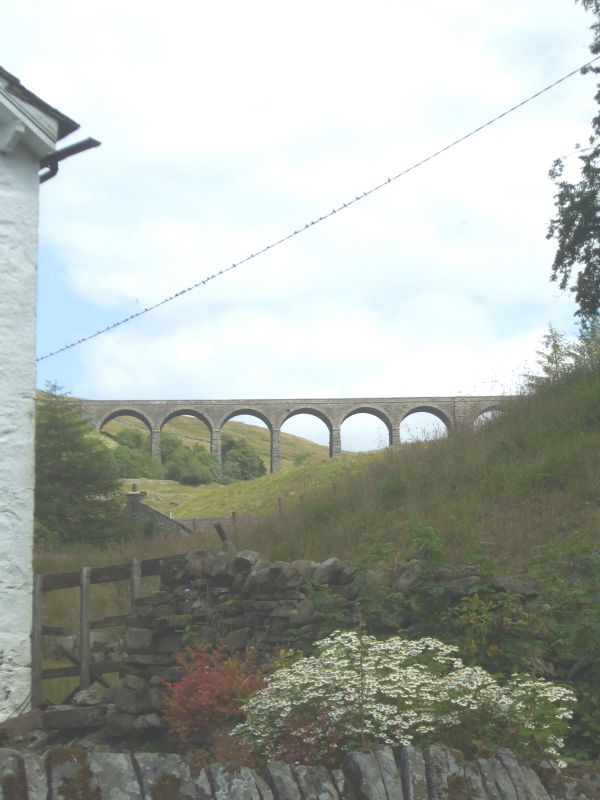 Railway viaduct carrying Settle to Carlisle railway line over
Artengill Beck. c1869-75, for the Midland Railway Company;
Chief Engineer John Crossley, resident engineer J.Underwood.
Rock-faced sandstone in massive blocks, with brick soffits to
the arches. Straight line on almost north-south axis. Eleven
round-headed arches on battered rectangular piers, those to
north and south of the 7th, 8th and 9th (which span the
deepest part of the valley) broader than the others and with
tapered pilasters; short cavetto-moulded imposts at the
springing of the arches, rusticated voussoirs, a moulded
string course and parapets with rounded coping. Matches Dent
Head Viaduct (qv) approx. 1200m to south. A striking feature
of the landscape.