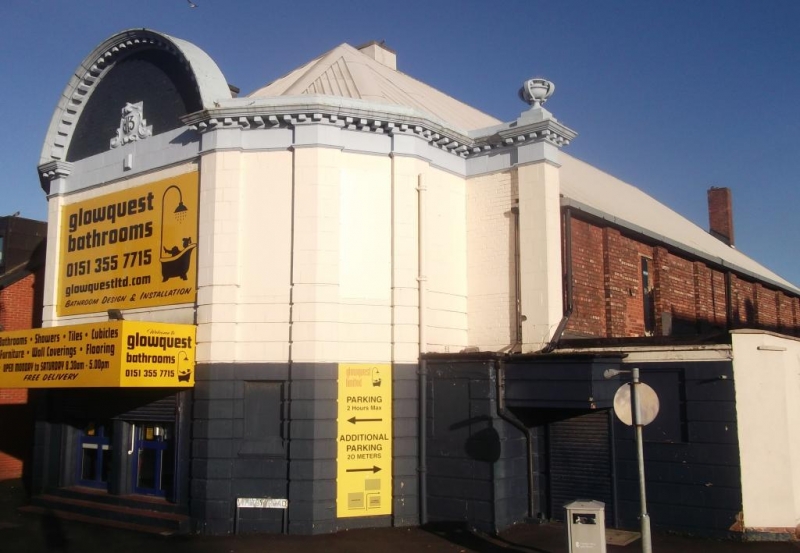 EXTERIOR: Two-storey entrance front arranged as a screen to the auditorium, which breaks forward and accommodates the foyer block - the return walls of which are treated as canted angles. There are three pilasters on each angled flank, which demarcate the changes of direction. The wall screening the auditorium terminates in a pilaster surmounted by an urn finial. The lower storey is of channelled rustication, the upper one of pseudo ashlar. Above the twin entrance doors is a canopy with late twentieth-century fascias. In the upper storey, there are two windows set between pilasters in the canted angle section. The three windows over the entrance have been covered over by a hoarding. Continuous frieze, above which is a modillioned cornice. Over the entrance this cornice breaks into a semi-circular pediment, in the tympanum of which is a baroque cartouche containing the date when the cinema was completed: 1913. A single-storey screen wall of channelled rustication continues on the right flank only. Hipped roof seen above canted angle section.

INTERIOR: Small foyer with cornice containing ovolo moulding. Circular central ceiling decoration with bay leaf moulding. On the left of the foyer, narrow stairs lead up to a small upper foyer for the balcony. Double-height auditorium, which is divided into bays by pilasters which extend above the cornice (ovolo mouldings) to form plaster arches with, on the outer face, bay leaf decoration. Over the balcony these plaster arches are cut back to allow sufficient headroom. Plaster roundels in the ceiling surrounding ventilation outlets. The pilasters and the intervening panels are given classical regularity by a string moulding positioned towards the top of the walls. The dado rail descends to correspond with the raking floor, now stepped. There is a straight-fronted balcony at the rear with panelled decoration. Late twentieth-century proscenium arch with chamfers on the corners.

ANALYSIS: A good example of a typical early cinema, with much surviving detail. Of particular interest is the fine neo-baroque facade. Films ceased c.1968.