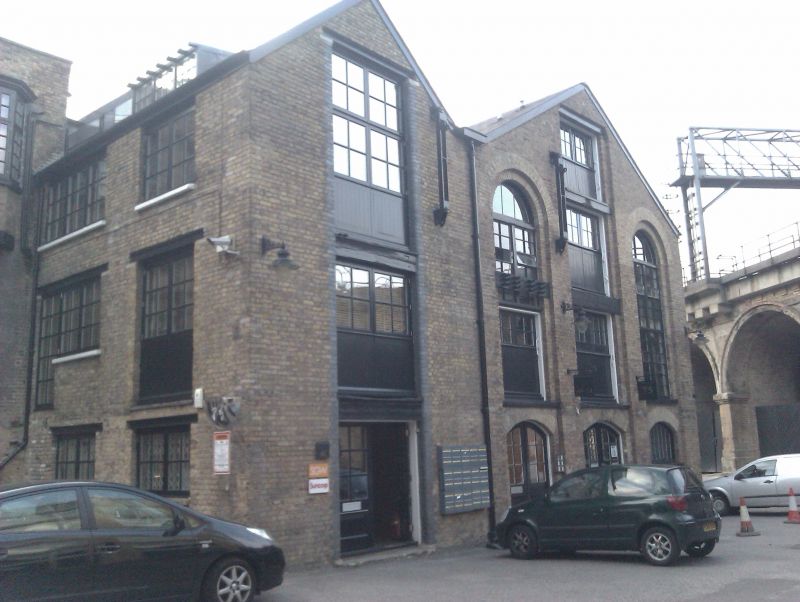 Bottling store, later fermentation vats. c1860, altered early
C20. Stock brick with slate roofs.
EXTERIOR: three-and-a half-storeys, 2 gables, restored in C20
to west side. East side has 2 tall round-headed windows
between 1st and 2nd floors and cambered windows to ground
floor. 2 hoists and series of loading doors. North side has 4
early C20 four-light pivoting casements. West side has metal
casements.
INTERIOR: has scientific queen post roof to north and plainer
roof with tie beam to south. Cast-iron spiral staircase and 3
large wooden fermentation vats.
HISTORICAL NOTE: mustard works were established on this site
in 1814 by Noah Slee, the earliest purpose-built structures
dating from 1825-1830 extended in the 1960s when the firm went
over to the prduction of vinegar. From 1932 the brewery was
run by British Vinegars. In 1979 the works were taken over by
the Swiss company Nestle which owned Crosse & Blackwell from
1960. Known in the late C20 as Sarson's Vinegar Brewery, the
works remained in use until early in 1992.
(GLIAS Report 16 August 1992).