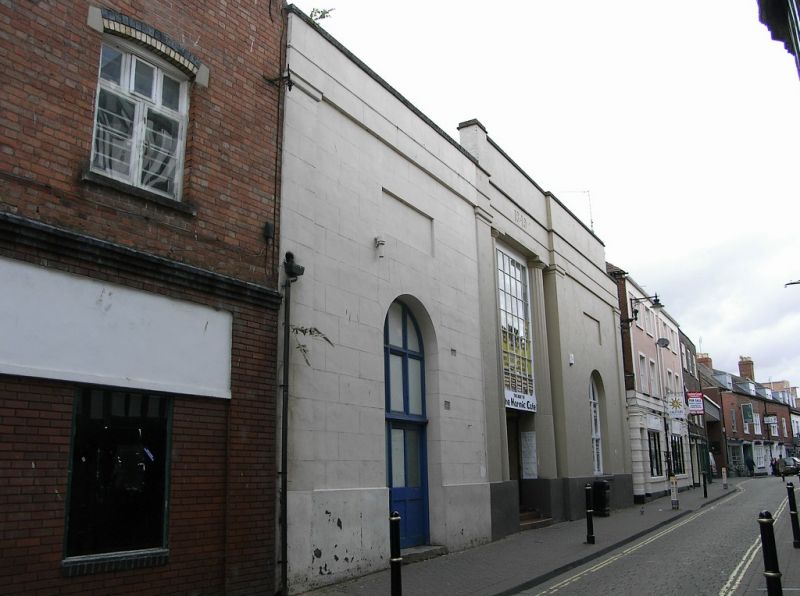 Market hall facade. Dated 1849, with later additions. Stucco
scored in imitation of ashlar over brick. Single tall storey, 3
bays. Plinth. End giant Doric pilasters and to central recess;
central entrance has renewed glazed double doors and tall
multi-pane window over, between 2 giant half-engaged fluted Doric
columns in antis. To either side are tall round-arched openings,
that to left has part-glazed door and windows with glazing bars
over, that to right a 9-pane window; above these openings are
recessed oblong panels. Columns and pilasters surmounted by
continuous frieze, architrave and raised parapet to centre and
right, copings.
INTERIOR: not inspected.
HISTORICAL NOTE: New Street had changed its name from the
medieval Glover Street by 1523.
A significant streetscape feature.