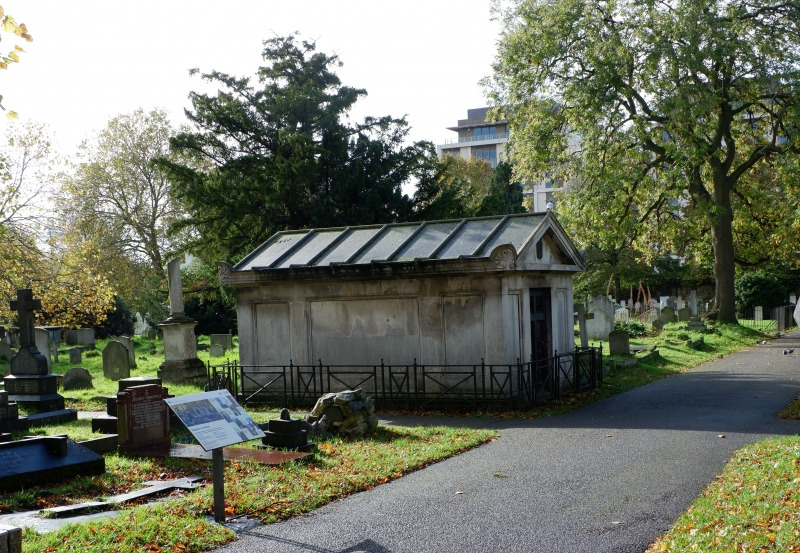 * Architectural: a particularly large and imposing Neo-classical mausoleum with good surviving ironwork;
* Group value: it is located within the Grade I-registered Brompton Cemetery and has group value with other listed tombs and structures nearby.