Cast-iron column from the Crystal Palace 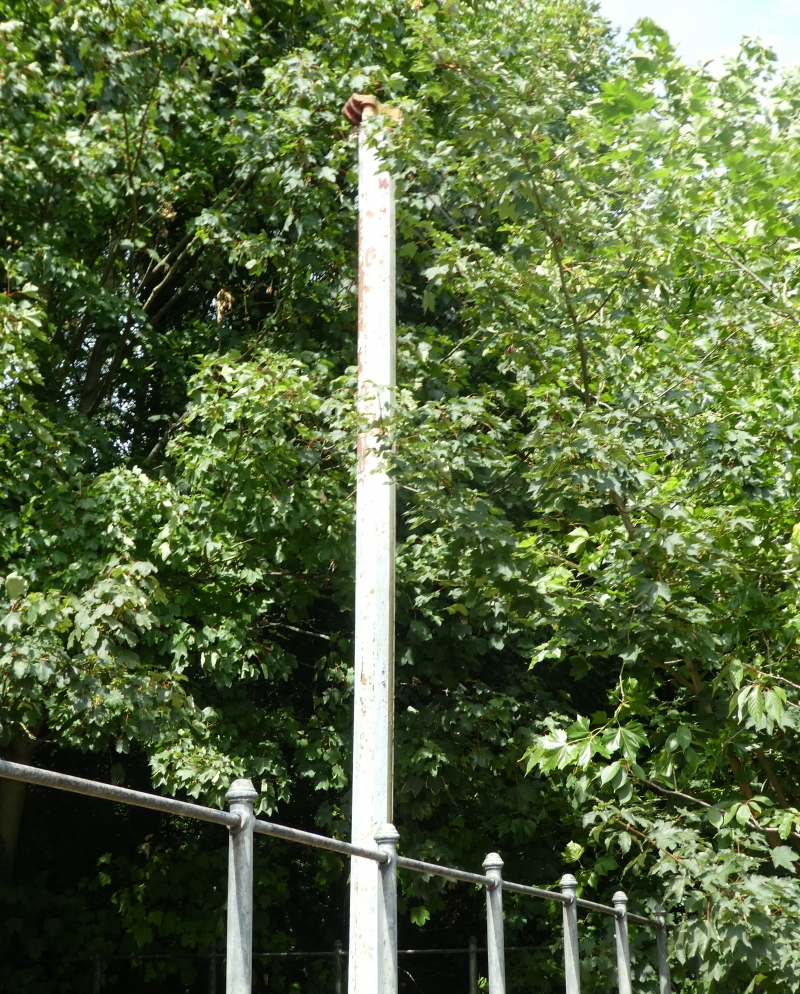 An excavated and re-erected cast-iron column from the 1851 Great Exhibition building.

An excavated and re-erected cast-iron column from the 1851 Great Exhibition building.

DESCRIPTION: the cast-iron column stands on a terrace just to the north of the base of the southern water tower of 1854-1856 and is one of 3,300 such columns within the original Great Exhibition Building. It a base column, above which would have been a second column attached by a connecting-piece. The column is circular in plan, with four flat surfaces giving it an octagonal appearance. It is 5.8m in height with a hollow centre which served as a drainpipe. At the base is the separately-cast base-plate connected by four bolts and at the top is a fragment of the connecting-piece, also attached by four bolts. The column has been re-painted in alternating pale-blue and yellow.

The original 'Crystal Palace' was built to house the Great Exhibition of the Works of Industry of All Nations, a vast international showcase of the applied arts that took place in Hyde Park between May and October 1851. The exhibition was conceived by its sponsor, the Society of Arts, Manufactures and Commerce, as a means of educating the British workforce and improving what were felt to be the country's poor standards of industrial design. After the exhibition closed, Joseph Paxton's enormous iron, glass and timber structure was dismantled, and its prefabricated components used to construct a second, even larger exhibition building set amid grand landscaped pleasure grounds, also designed by Paxton (1803-1865) and his protégé Edward Milner, on the slopes of Sydenham Hill – at that time well beyond the outer fringe of London. The new Palace, which opened in 1854, was based on a revised design by Paxton with input from the architects Matthew Digby Wyatt and Owen Jones, and developed by a private consortium known as the Crystal Palace Company. It hosted a sequence of permanent displays illustrating themes from natural history and the development of civilisation, as well as a theatre and concert hall, several large commercial showrooms and an immense shopping bazaar.

The Crystal Palace was almost completely destroyed in a fire on 30 November 1936 and most of the superstructure was subsequently removed for scrap. Around 1990 a surviving cast-iron column was excavated from brickwork in the bank to the north of the South Tower base and erected on the terrace near to where it was found.

The re-erected cast-iron column from the relocated Great Exhibition pavilion of 1851, located to the north of the base of the southern water tower, is listed at Grade II for the following principal reasons:

* as one of the few surviving elements of Joseph Paxton’s pavilion for the Great Exhibition of 1851 at Hyde Park, subsequently known as the Crystal Palace and re-erected on Sydenham Hill, a project representing the apogee of Victorian cultural and engineering ambition.

* as a rare surviving structural element of the cast-iron frame of the Crystal Palace, most of which were lost after the fire of 1936 which destroyed the building;
* for the tangible evidence it provides for Paxton’s construction techniques.

* with the other listed structures in the vicinity relating to the Crystal Palace including the nearby base of the 1854-1856 southern water tower.