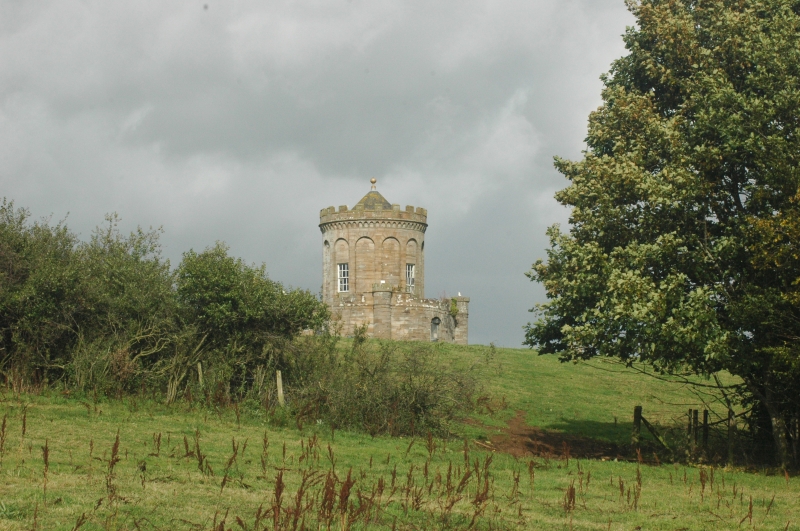 A-Group with East Lodge, Gibbsyard, Hanging Garden, Ice House, Oswald Hall, Walled Garden, West Lodge and Wilson Hall (see separate listings). The Auchincruive Estate was owned by the Wallace family in the 13th century. There were a variety of owners until the 18th century when James Murray of Broughton sold it to Richard Oswald, entrepreneur and merchant, in 1764. The estate remained in the Oswald family until 1925, when they sold it to a local farmer John M Hannah, who gifted it to the West of Scotland Agricultural College in 1927, under whose ownership it remains (1999). The original formal landscape at Auchincruive dates from the 18th century, however this is now vastly reduced and was remodelled circa 1830. The tea pavilion by Robert Adam is one of the few survivals from the 18th century landscape, although it has suffered from subsidence due to mining. Oswald's Temple, which was supposedly modelled on the mausoleum of the Emperor Theodoric at Ravenna (which Adam visited in 1755) is an exceptionally fine tea pavilion. The lower floor is a servants room, enclosed by a circular corridor which was originally entered from the four round arched doorways between the turrets, now bricked up. The upper floor was the tea room, with balcony over the circular corridor. Robert Adam's drawing shows a external double staircase leading to the balcony, however this does not appear to have been built, and instead there is a simple stair from within the corridor.