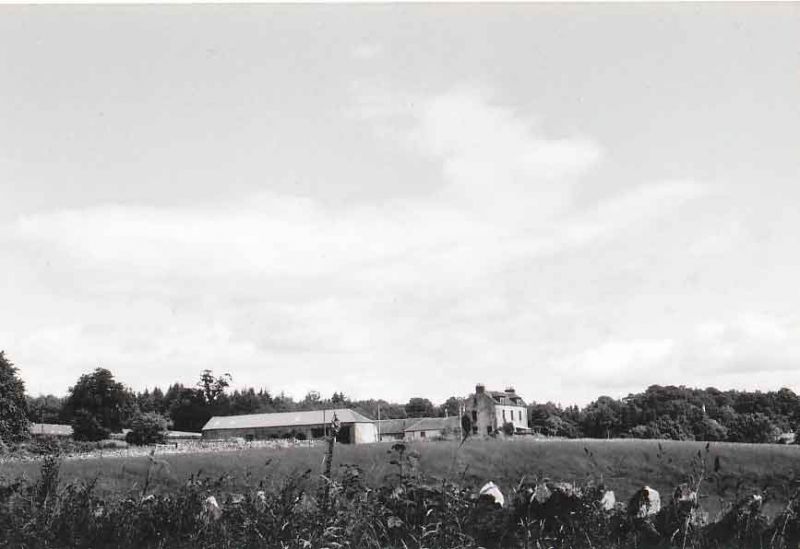 Built 1763-1769 by Alexander Gowan, mason, Coldrach is a tall 2-storey and attic farmhouse situated on an elevated site facing SW, 1 room deep with a U-plan single storey range of offices adjoining the rear (NW) elevation. There is a U-plan steading to the rear of the farmhouse. Coldrach is a relatively little-altered example of a mid-18th century Buchanan Estate farmhouse with associated offices.

The 3-bay front (SE) elevation is symmetrical; there is a central 2-leaf timber boarded door with a rectangular 2-light fanlight above; the door opening, with plain painted margins like those of the windows, is obscured by a lean-to porch / greenhouse. The windows, including the 2 bipartite piend-roofed dormers, are larger than might be expected of an 18th century building which suggests that the house may have undergone some remodelling in the 19th century. There are 4 windows on the NW side elevation, but only 1, lighting the attic, on the SE side elevation. The simple design is embellished by a discreet cavetto eaves cornice to front and rear elevations.

Situated immediately to the NW of the house, the U-plan steading is rubble built with roughly squared quoins, some of which is harled, with piended roofs, mainly covered with graded slate. The outer elevation of the SW range has 3 cart-arches; there were probably originally 6, but the others have been altered to allow modern farm equipment to access the barn.